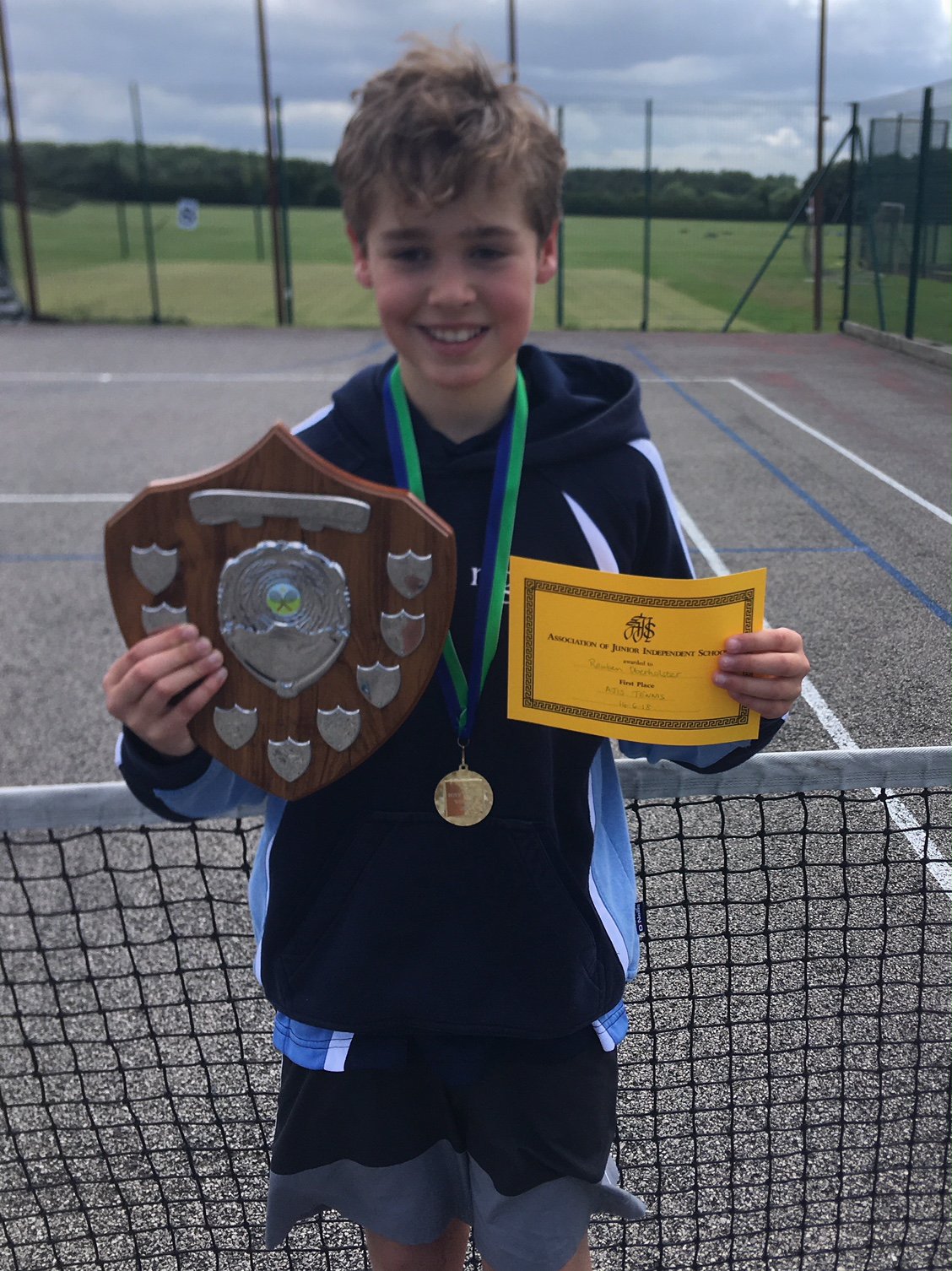 Two Junior School - pupils S.Hooton (Year 5) and R.Oberholster (Year 6) made the trip to King's Chester on Thursday morning to compete in the annual Association of Junior Independent Schools Tennis Championships, competing against boys from these schools.

After a round of groups stages, S.Hooton managed to reach the Plate Semi-Finals which is a great achievement, especiallly as all other boys were from Year 6 who he played against, whilst R.Oberholster qualified for the Trophy Final after winning all his group games convincingly.

A thrilling semi-final, which went to a sudden death point with a St Ambrose player, resulted in R.Oberholster reaching the final and then ultimately beating a Redcourt pupil 6-3.  The trophy returns to MGS after S.Senior's win in 2017.

Well done to all boys who entered the hard fought event, and to King's Chester who hosted a great event.