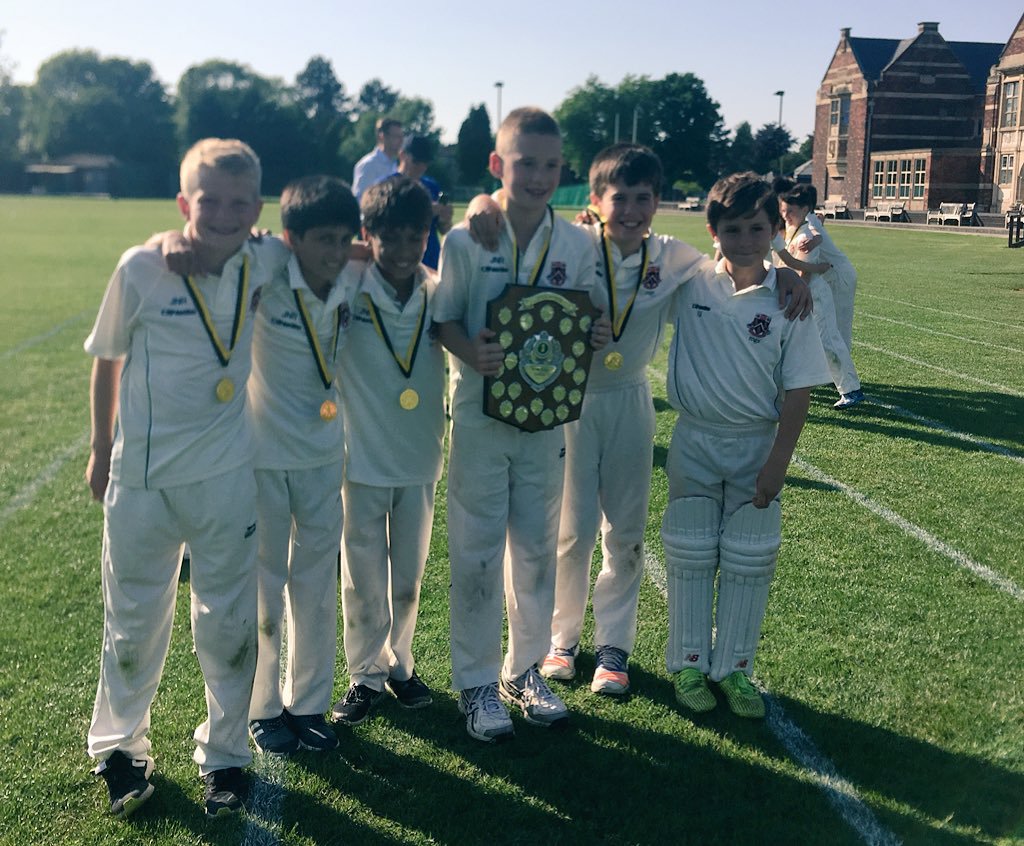 The Under-11 Cricket squad made the trip to Stockport GS for the annual Reemen's six-a-side competition on Monday 11 June and managed to retain the trophy for the fourth successive year.

The event, which has been taking place since 1986, involves Junior and Prep schools from the North West and is always very competitive, and this year's was no different.

After wins against Stockport GS, Bolton School and Merchant Taylors, the MGS boys played Birkenhead School in the final.  After setting a reasonable target with the bat, they managed to bowl accurately and fielded astutely and with enthusiasm, winning by eight runs.

The same boys will compete for the Lancashire Cup and AJIS Cup next week and we wish them luck.