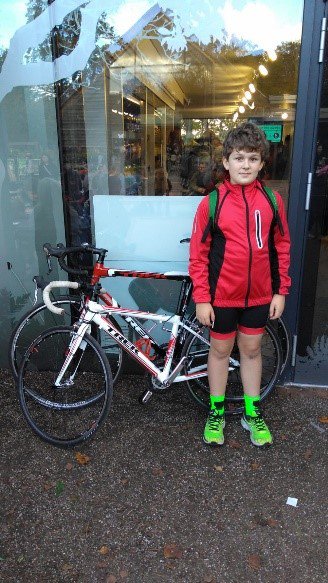 After starting at MGS, Oliver King, in Year 7, decided he wanted to thank Grappenhall Pre-School for all that they did for him, so cycled for five days from ice-cream farm to ice-cream farm, and raised £420.50.

With that, they bought some outdoor equipment for the children and during the holidays, he will be visiting the School.

Oliver also did two coffee mornings. One for an MS charity that supported his grandpa when he had Multiple Sclerosis, and the other for Cancer Research for his old school.

Finally, Oliver also did gardening free of charge for an elderly relative, who is unable to do it himself, and in doing so completed his MGS Service Pledge.