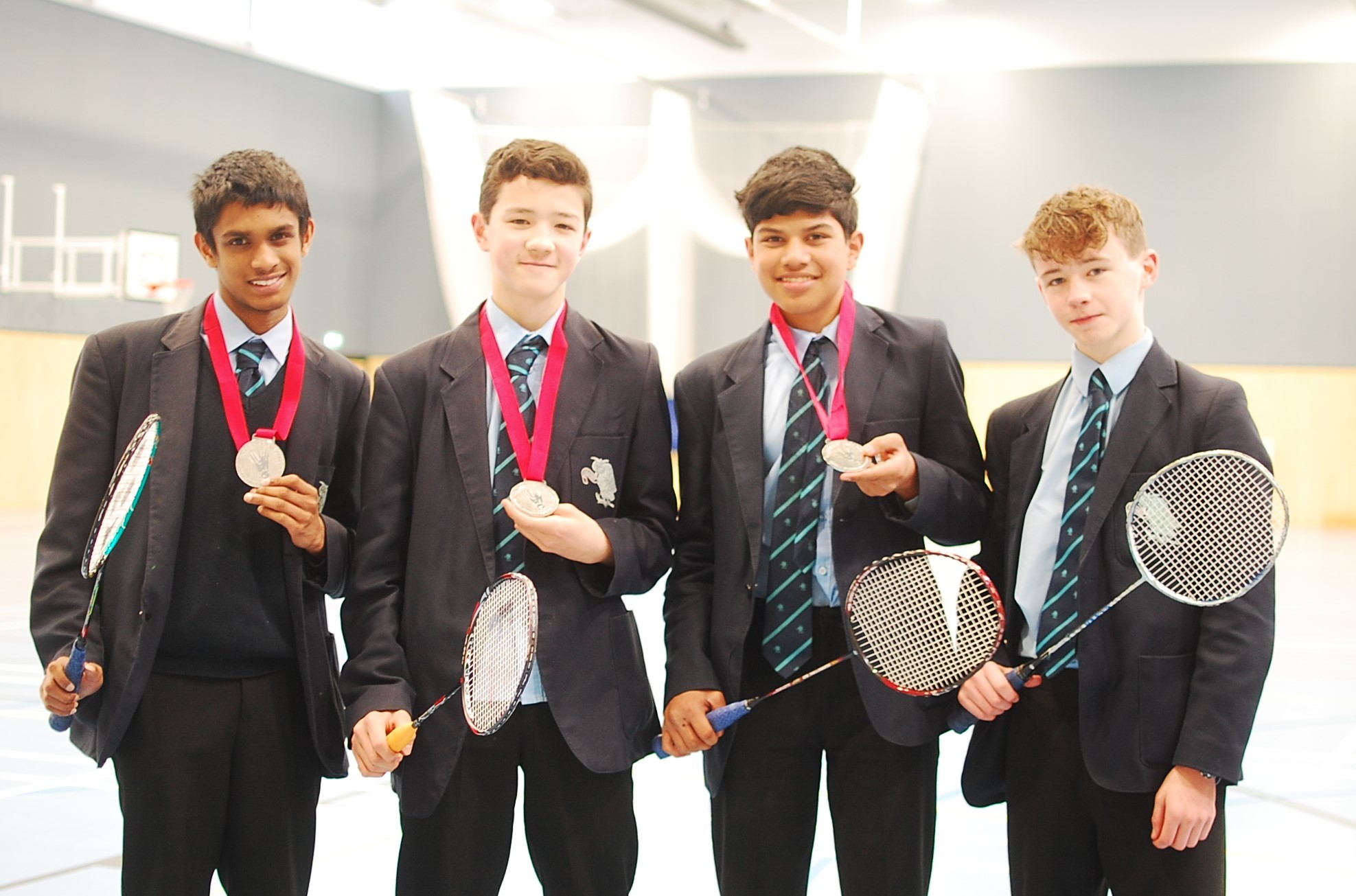 The MGS Under-14 badminton team capped a remarkable season after finishing as the second best team in the whole country.

The team of David Humphreys, Akshat Sharma, Minuka Keraminiyage and Tom Doyle had already enjoyed a fantastic season on the badminton court, winning gold medals in the county round of the National Schools Badminton Championships, and were then crowned North West champions.

The quartet travelled to the National Badminton Centre in Milton Keynes this past weekend, where the boys performed absolutely superbly throughout, and came away with well-deserved silver medals after a series of nail-biting matches. They were only beaten in the main final by The Webber Independent School, who specialise in badminton.

Matt Roe, who is Head of Racquet Sports at MGS, said: "I am absolutely delighted for the boys. To finish as the second best team in the whole country is a fantastic achievement and the boys can wear those medals with pride, as they did themselves, the coaching team and the whole School proud.

"The team were a real credit to MGS and Manchester as a whole and represented the School and the Manchester region superbly, both with their skills on the court and with their attitude and dedication.

"lt was a very nerve wracking tournament to watch from the sidelines, with a few nail biting games, but the boys were absolutely brilliant and well done to them for winning silver medals."