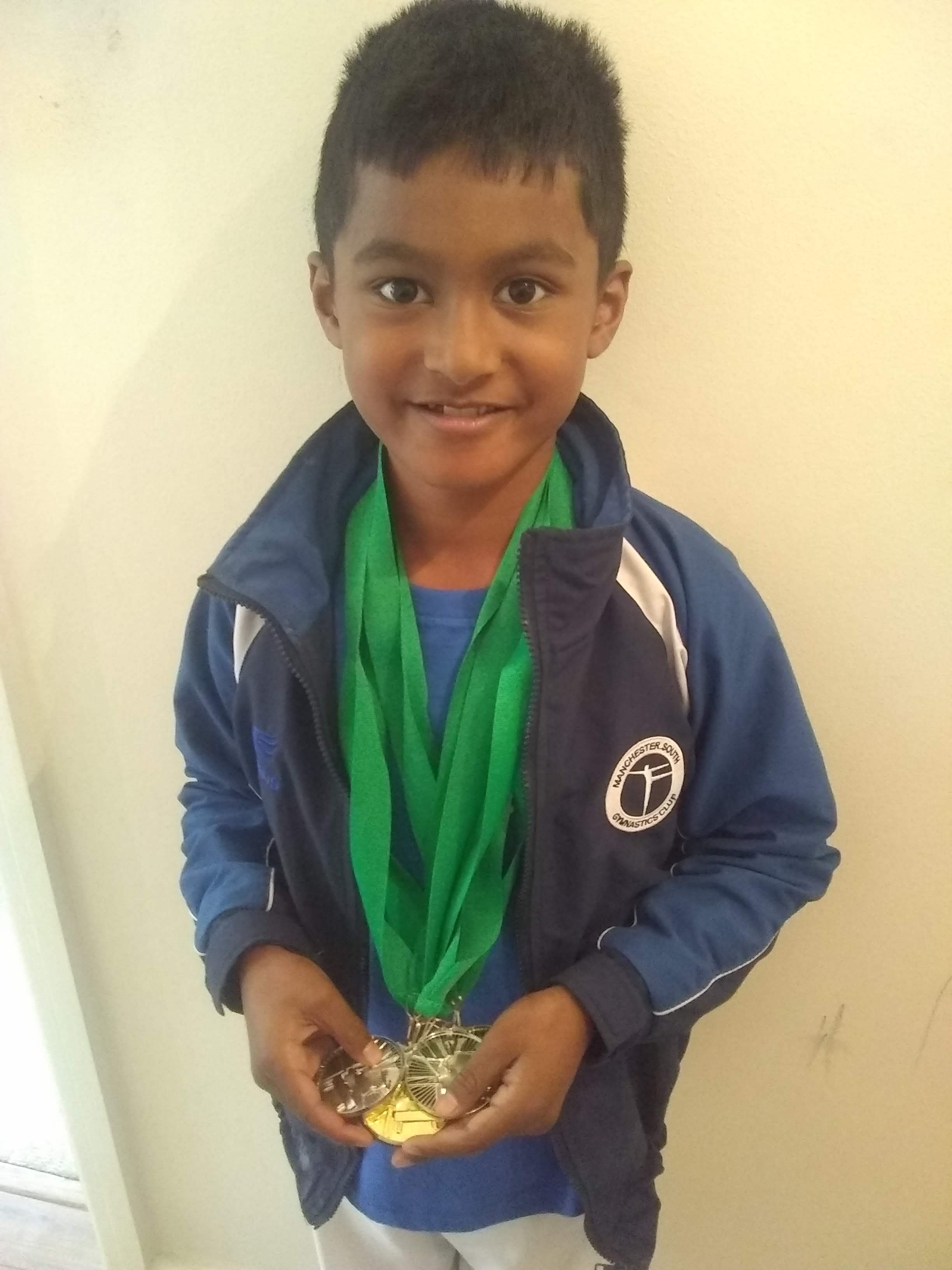 Gymnast Rayyan was crowned Under-8 high bar and rings champion when he competed at the North West Open.

There were 27 boys competing from various regions from as far as Cumbria and Worcester.

Congratulations to Rayyan on his outstanding performance.