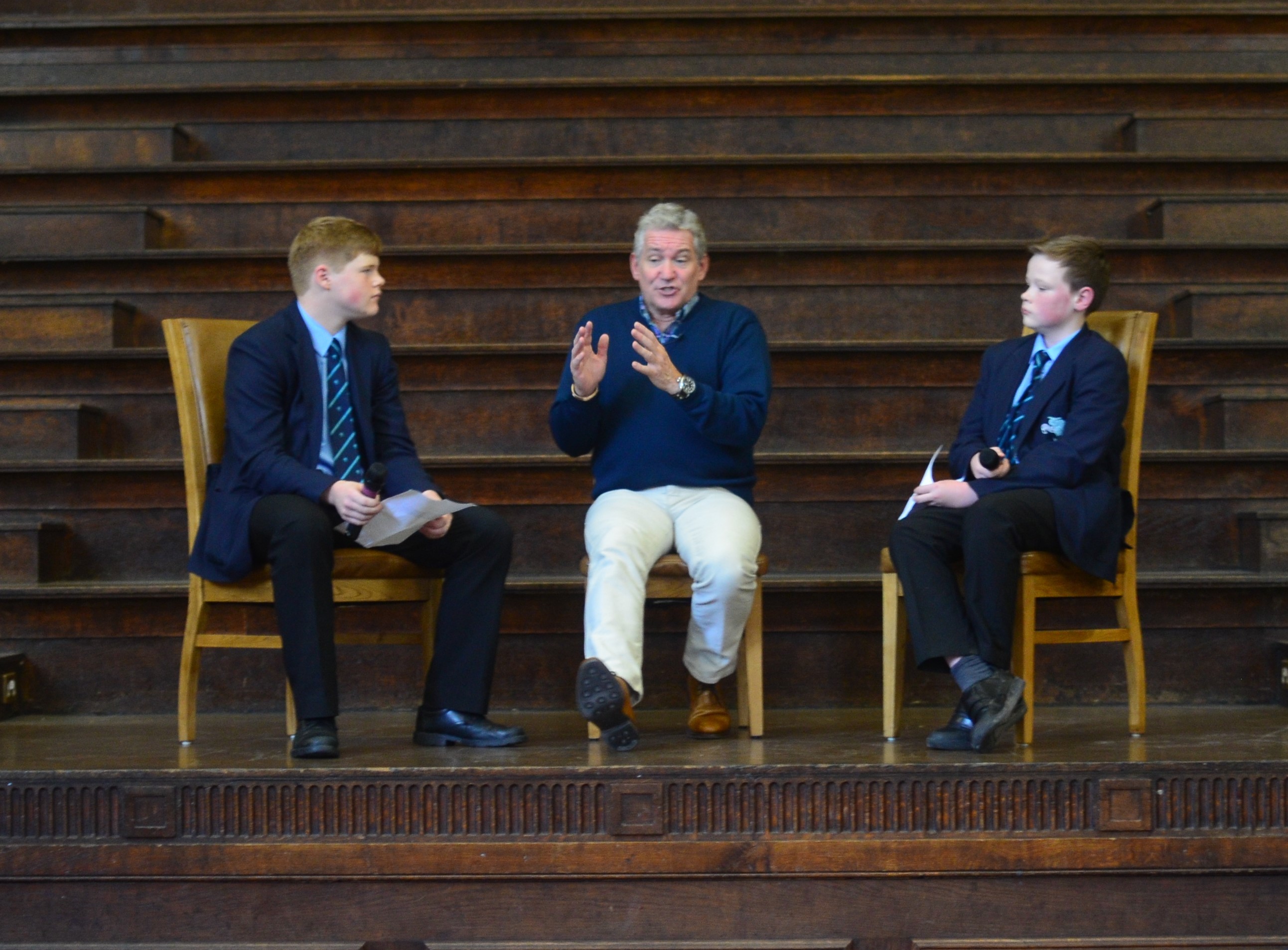 Chris was part of the SAS eight-man team chosen for the famous Bravo Two Zero mission during the 1991 Gulf War.  He was the only member of the unit to escape from Iraq, where three of his colleagues were killed and four captured.  Chris is renowned for his fast-paced action thrillers and his novels have inspired the Sky One series Strike Back.

After signing copies of his new book, Justice, which focuses on Special Forces Cadets, Chris was then interviewed on stage by two of our boys about his career in both the SAS and an author.