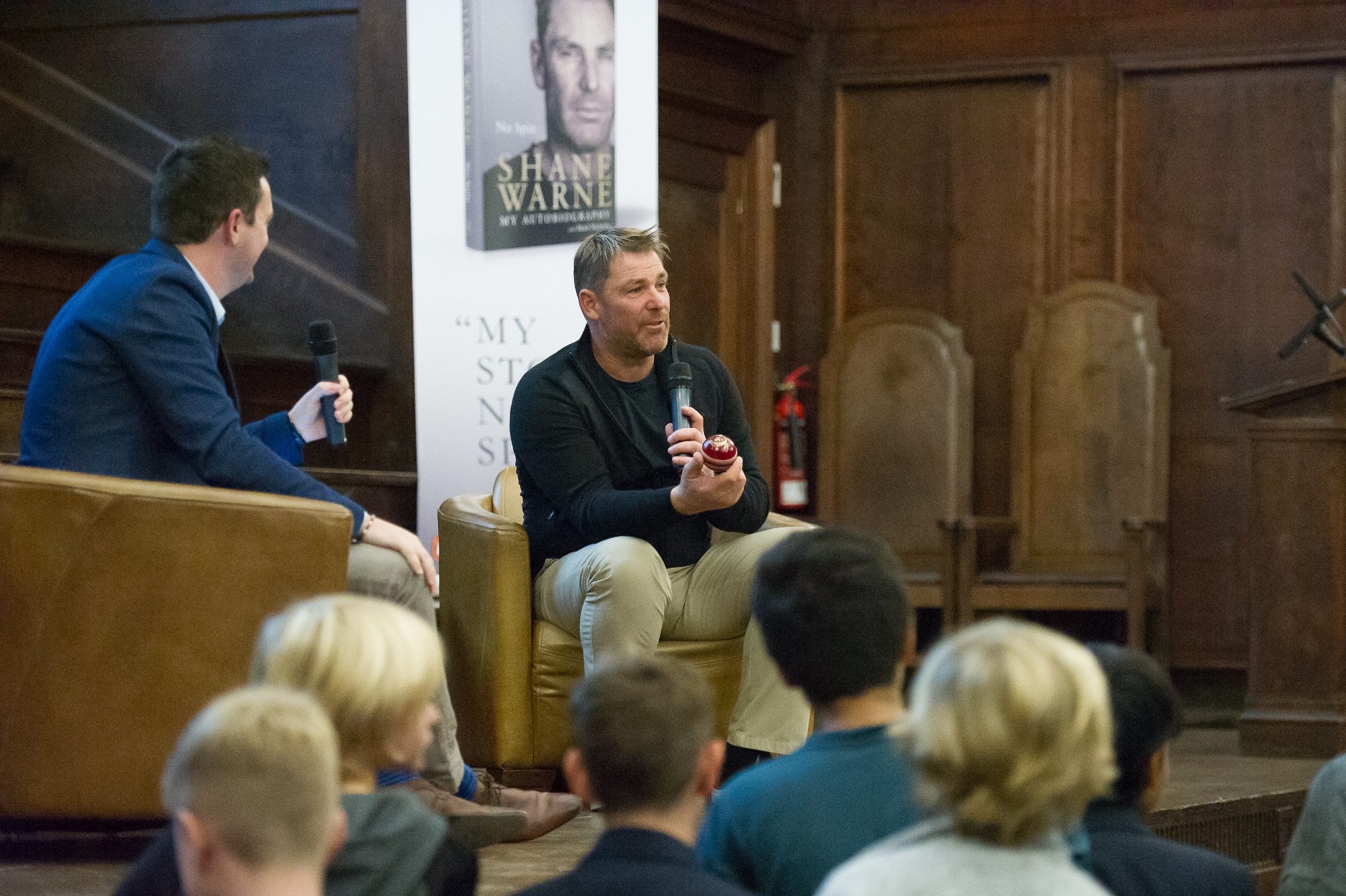 Excited MGS pupils had a once-in-a-lifetime opportunity to enjoy a masterclass from one of cricket’s true icons when Australian legend Shane Warne visited the School.

Shane is currently on a tour of the UK promoting his new autobiography, No Spin, and spoke to a packed audience at MGS last night, accompanied on stage by BBC sports journalist Hugh Ferris.

He spoke about his legendary career, the highs and lows, the famous 2005 Ashes series in England, and even revealed to the audience that when his Test career begun in 1992 he was still delivering pizzas part-time on a Friday night.

During his talk, he invited MGS pupils to the front of the stage to show them how best to master the art of leg-spin, giving them a demonstration on how to grip the ball and how to bowl a leg break, googly and a flipper.

He also took questions at the end of his talk from audience members, including MGS boys, and revealed his favourite sledge toward South African batsman Daryll Cullinan.

MGS High Master Dr Martin Boulton said: "We were absolutely delighted to welcome one of the true greats of not just cricket, but sport in general, to MGS.

"We have a very strong cricketing pedigree here at MGS. Former England captain Michael Atherton, and one of Shane’s teammates at Hampshire CCC, John Crawley, are both MGS Old Boys, and our Director of Cricket is former Lancashire CCC captain Mike Watkinson, so I hope he felt in good company.

"It was fantastic to hear from Shane about his outstanding career and he was a very entertaining, witty, honest and engaging speaker.

"It was so heartening to see so many of our pupils asking Shane good questions at the end of his talk, as well as giving them a once-in-a-lifetime opportunity to see up close and personal how he mastered his spinning technique, and I have no doubt he will have inspired future generations of MGS boys to try and emulate Shane’s memorable cricketing career." 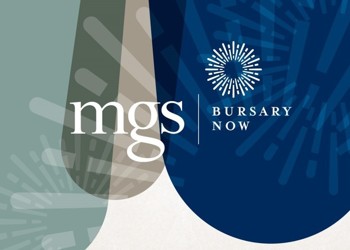 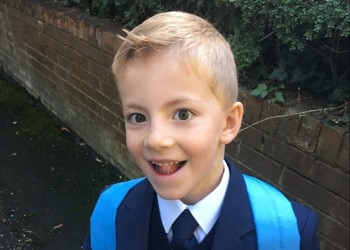 The Magic of New Beginnings