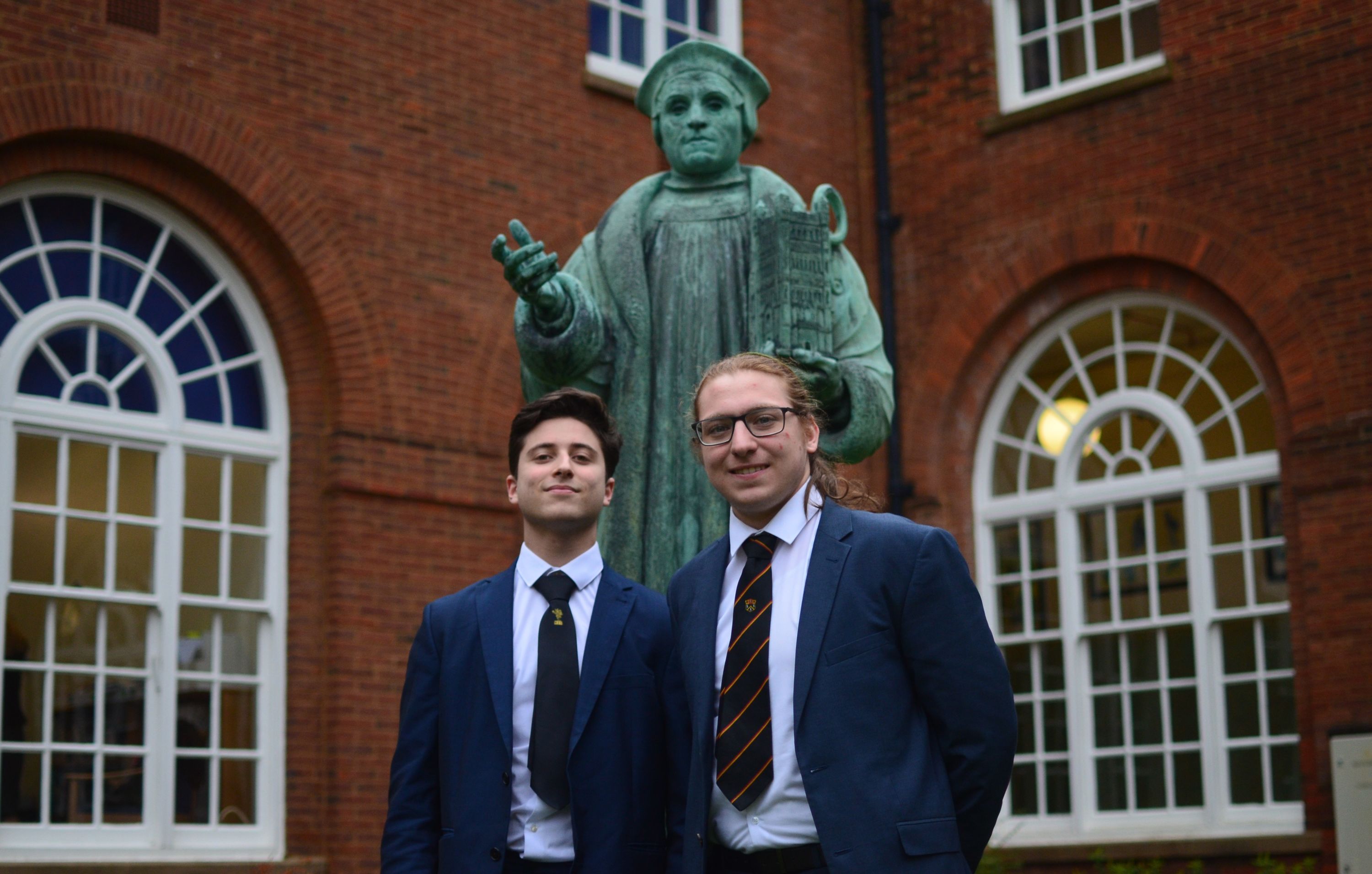 Everyone at MGS is so proud that two of our Sixth-Formers, Quincy Barrett and Charlie Berman, have been highlighted as being set to define the direction and dynamism of Jewish life in Britain.

Jewish News, in association with the Jewish Leadership Council, have revealed the 18 individuals under the age of 18 whom they believe will become future leaders based on their inspirational talents and who are doing great things, day-in and day-out, for their community.

And we are delighted that MGS boys Quincy, 17, and Charlie, 18, have been selected amongst the final 18. This is a fantastic achievement by both boys and everyone at MGS is so proud their talents have been recognised.

According to the Jewish News website, these are the reasons why both Quincy and Charlie have been chosen and it’s easy to see why they have been recognised! Well done to both – amazing achievements.

“The youngest member of the Manchester Jewish Representative Council, a madrich at Salford Bnei Akiva and a CTeen Manchester leader, the 16-year-old is emerging as a successful Jewish educator.

“He regularly records the Jewish Telegraph for the visually impaired, and often visits residents at Heathlands care home on Shabbat to help them pray.

“As co-chair of his school’s JSoc, Quincy helped to install a succah on site for the first time in the school’s history.

“Charlie is an exceptionally gifted musician, being fully proficient in seven instruments including the piano, drums, guitar and the harmonica.

“The 17-year-old has performed at Band on the Wall, an iconic club in Manchester, and even shared a stage with the bass guitarist who is currently touring with Queen. Applauded for the unselfish use of his “incredible skills”, Charlie frequently gives up his free time to perform at a nursing home that cares for individuals with dementia.

“Watching people who struggle to communicate recite the lyrics of old songs almost flawlessly is what drives Charlie to continue sharing his music. This talented young man plans to pursue a career in medicine following a gap year in Israel with FZY.”