The Manchester Grammar School has been educating the brightest boys from the North West for more than 500 years.

The history of our fantastic Junior School is a little more recent, having first opened its doors to pupils in September 2008. 34 pupils, aged either nine or 10-years-old, became the first-ever cohort of Year 5 MGS boys that year. Now, more than 12 years later, we catch up with just a few of those select Owls to see what they’re up to now, and how much they enjoyed their time at MGS. 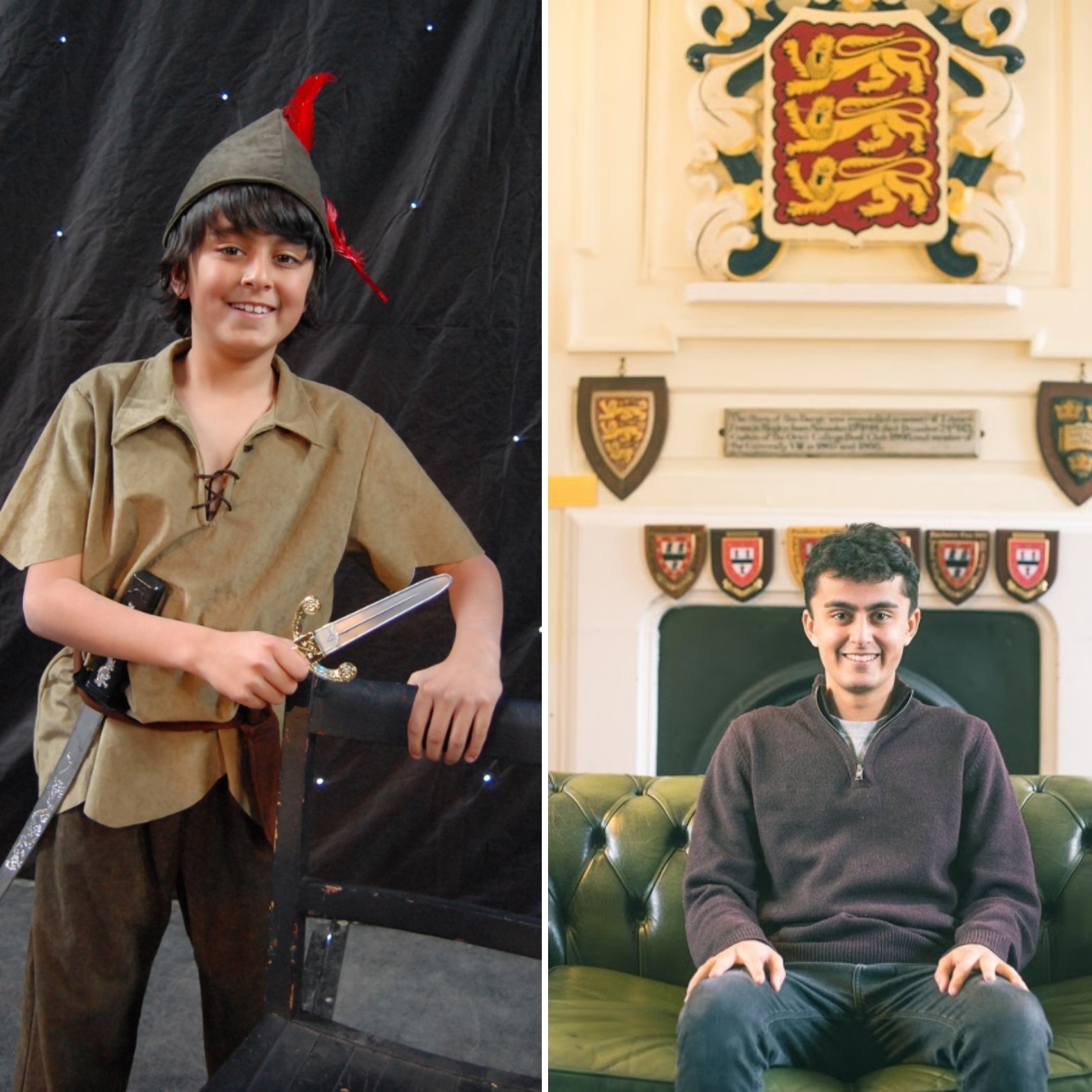 It’s been almost 13 years since my first day at MGS’s Junior School, and I still vividly remember the strong smell of wood in the new Bexwyke Lodge and being greeted by Mrs Hamilton. One of my highlights from the Junior School was starring as Peter Pan in the annual play, where my plastic sword broke on stage whilst fighting Captain Hook - bad timing!

The School gave me great opportunities to travel, with trips to Italy in the Junior Section, Geneva to see CERN, the European Organization for Nuclear Research, and China to practise our Mandarin. Over the years, I was proud to be able to represent MGS across various disciplines. I played football and cricket, was head of the Engineering Society, and represented the School’s general knowledge quiz team, reaching the National Finals in London. My life at MGS came full circle when I was appointed Junior School Officer in my last year of Sixth Form.

I am currently in my final year at Oxford University studying Engineering, and I am grateful for the many teachers who helped massively after school with my application and interview preparations. Most importantly, I made a lot of friends that I’m still close to. We were able organise a big virtual reunion despite the lockdown. 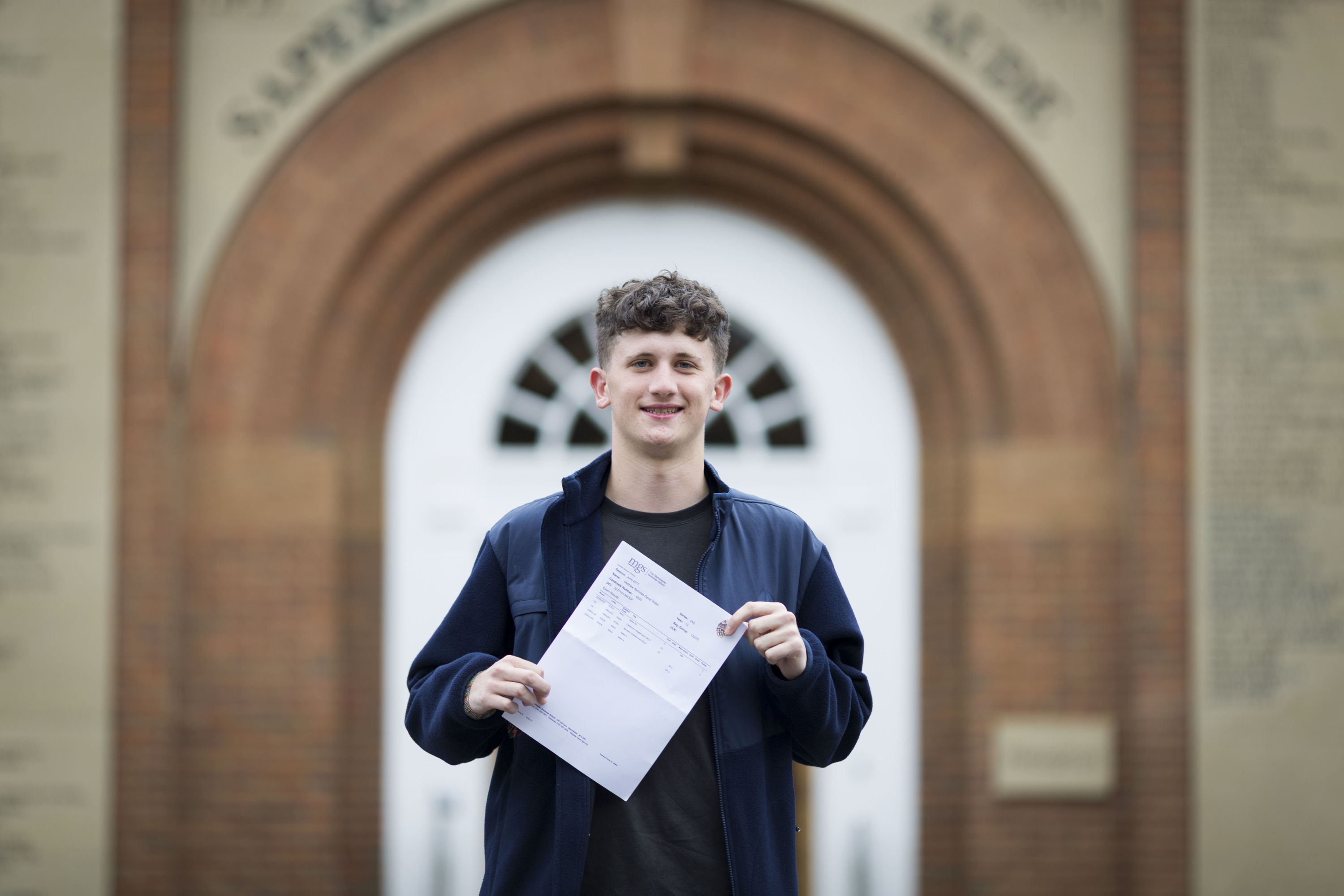 The main thing that attracted me to the Junior School was the co-curricular programme, which at the time boasted over 30 activities (though I’m sure it’s even more now!). Life beyond the classroom very much marked the rest of my time at MGS. I was the kind of kid who turned up to school most days with a couple of bags and a musical instrument. With the academic demands of Sixth Form, however, I had to ditch a few things, but still managed to lead the School orchestra and the Stravaganza whilst playing First XV rugby and waterpolo! I remain deeply grateful to all the teachers who gave up their time, whether before school, after school, or on Saturday mornings, as it was these experiences that made me a much more well-rounded individual.

An unforgettable aspect of my MGS experience, even further away from the classroom, was undoubtedly school trips. From the Norway trek, the China trip, the Italian exchange, not to mention a rugby tour to Sri Lanka (and more!), the experiences I shared with fellow students and teachers are endless. My friends and I still reminisce all the time about the funny stories, whether fighting over vacuum-packed beef stew in the Jotunheimen National Park, or tummy-bug related incidents in Colombo! Activities Week was also always a highlight of the year for me, as it meant one thing: Bassenthwaite Camp. The beautiful surroundings, good camp vibes and the huge number of outdoor activities always made for a great week. After leaving school, I took a gap year to further pursue these kinds of experiences which MGS taught me to cherish. I lived in the Dolomites for nearly half a year, then I went travelling in South-East Asia, and the year after in Colombia.

I am also indebted to MGS for its nurturing of my love for languages. Having studied what would be considered ‘unconventional’ languages in the Junior School, including a term of Arabic, I went on to choose Chinese and then Italian in the Senior School. In Sixth Form, I was part of the first-ever class to do Pre-U Chinese, which was an incredibly challenging yet deeply-rewarding experience. Thanks to the unceasing support of teachers, particularly in the Languages Department, and two attempts at getting in, I am now in my third year of studying Italian and Portuguese at Wadham College, Oxford. I have spent over half a year in Italy (including travelling in Sicily, au pairing in the Aosta Valley, and studying at the University of Bologna) and in March I am planning on going to Brazil to work as an English teacher for a non-profit-organisation based in Rio de Janeiro. I am considering taking a Masters degree to pick up my Chinese again, and further my studies of foreign literature and film. 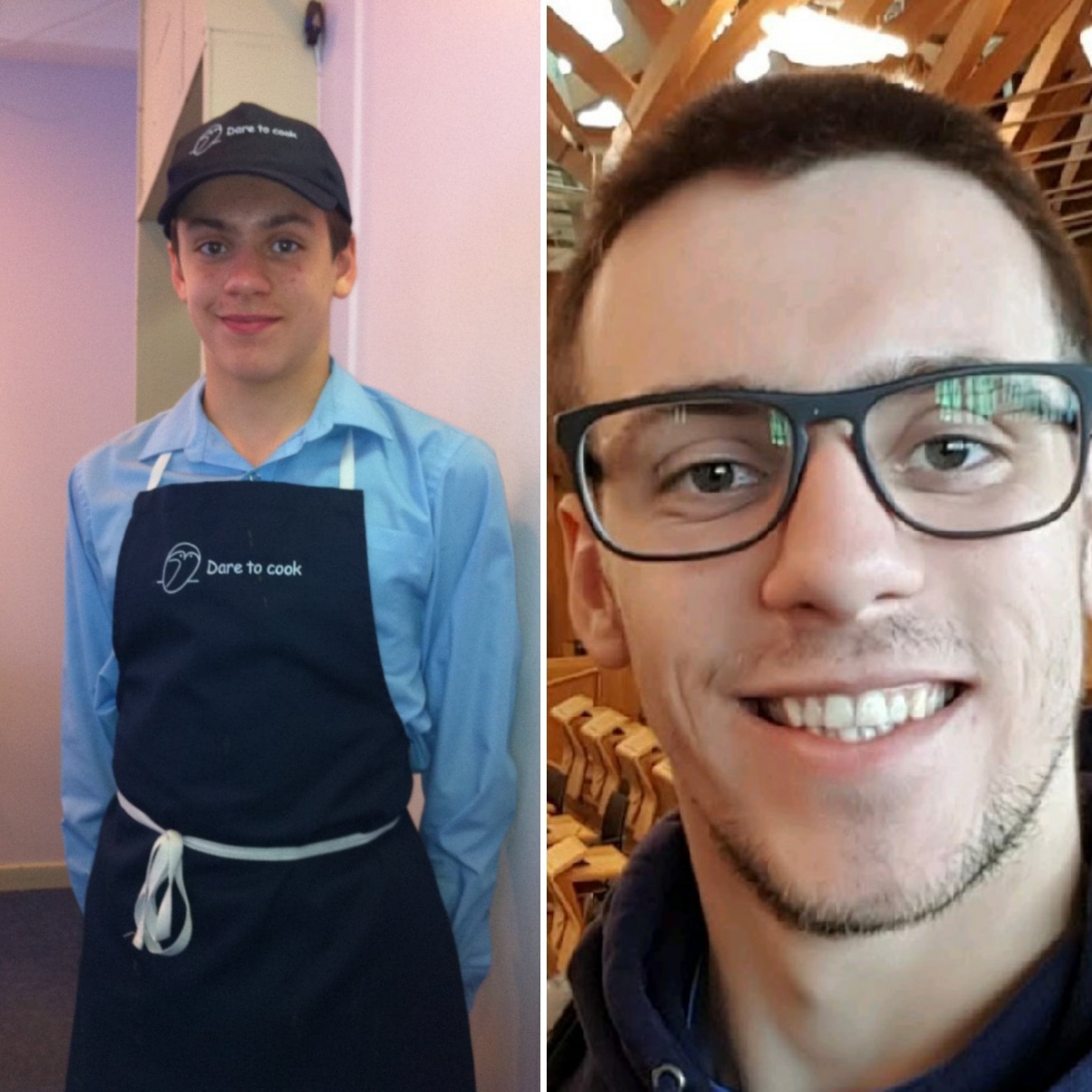 I still remember the first time I walked into the Manchester Grammar School, even after almost 14 years. From the moment I walked into the main entrance of the School and looked down the main hallway, I knew this was the place for me. I vividly remember making this point repeatedly to my parents in the car on the drive home. As it would turn, I was lucky enough to attend the Manchester Grammar School not just from Year 7 through to Sixth Form, but from Year 5.

Whilst I was a student at MGS, and later at university, I was a competitive swimmer at a national level. In my first year at MGS, I was selected by the School to compete at the ESSA Swimming Relay Competition, an honour usually reserved for Senior School students. I went on to be captain of the Junior Swimming team and then Senior Captain in my final year. The amount of support I received from MGS in both my academic studies, and competitive swimming, was incredible.

At MGS I was given the chance to visit places and gain experience that are unheard of elsewhere. Some of my fondest memories come from my class’s visit to the Owl’s Nest in Year 8 and camping in Grasmere and Borrowdale during Activities Week at the end of the School year. The Manchester Grammar School also took me further afield. In Year 6, I was given to opportunity to go to Italy, in Year 10, I went to Moscow and Saint Petersburg, Russia, and Washington DC. In Year 11, I was able to go to Oman with MGS on a Desert Trek and during my time in Sixth Form I returned to Saint Petersburg to do a short language course. I am currently a student of MA Russian Studies and History at the University of Edinburgh. All the opportunities offered to me by MGS exposed me to different cultures and societies around the world. This has become a central part to my studies at University, fuelled my passion for travelling, and has placed me in a great position for the next chapter in my life. 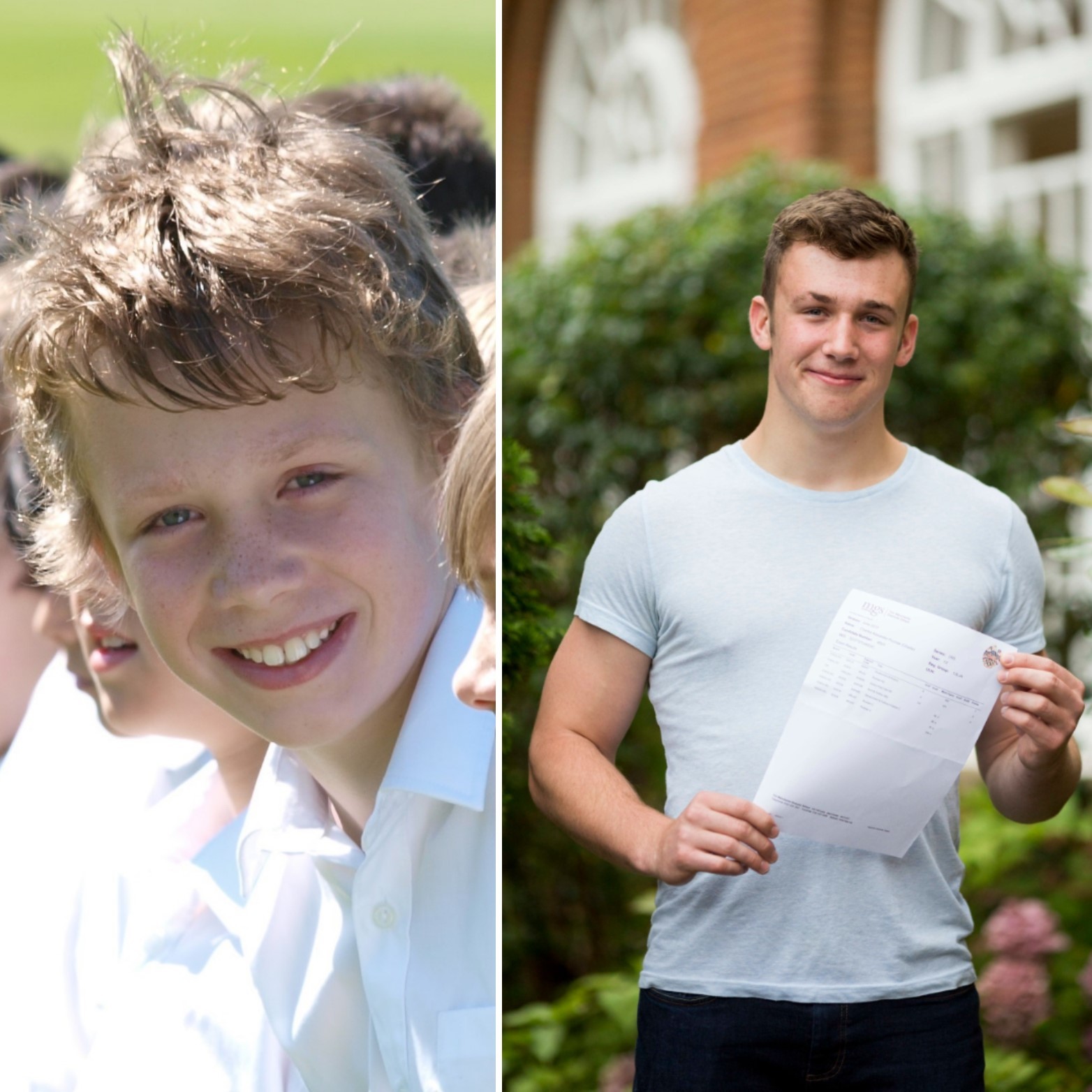 I look back at my time in the Junior School with immense fondness; I felt stretched with the work, had exciting new experiences, and made some of my closest friends.

In the classroom we had challenging lessons with exposure to some of the Senior School’s teachers. I think my ‘specialist’ History lessons were somewhat formative in my decision to study it at university, and both teachers ended up helping me massively with my university applications almost a decade later. We also had lessons in new languages, such as Arabic and Italian, and I took this interest in languages forward to the Senior School, and now use my school languages extensively in my current work.

Outside of the classroom, we had some great trips, going to Italy, and a wide set of co-curricular activities. Across Music, Art, Drama, and Sport, we pursued several different tracks. I played rugby, football, and cricket matches (despite being of little use to the latter two teams!) and had experience of a wide range of sports, instruments, and productions. I think those two years set me up well for the rest of my time at the School, and I have some great memories and friends to show for it. 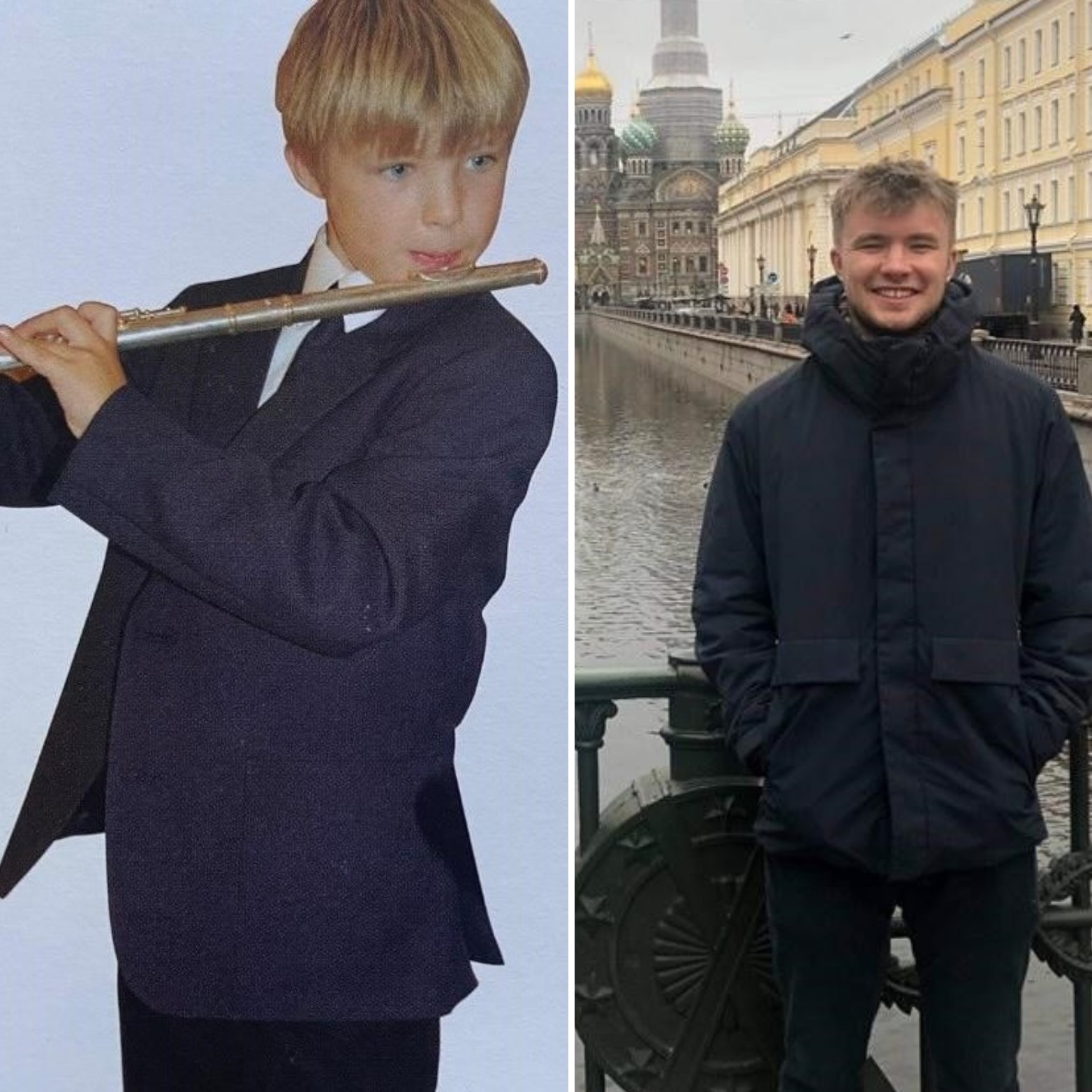 Being part of the first cohort of the Junior School was very exciting. Everything felt brand new and the idea of going to such a big school was daunting and thrilling in equal part. I loved my time in the Junior School because it was the best place to develop my education, as well get involved in so many extra-curricular activities. I played rugby (I scored the first try for the Junior School!), football and cricket as well as playing Tinkerbell in our production of Peter Pan. I also have fond memories of our Year 6 trip to Italy which was a great chance to go abroad at such a young age without parents and this definitely sparked my interest in languages. MGS taught me that it was possible to balance academic success with extra-curricular activities and that all started in the Junior School.

The Junior School set me up really well for the Senior School and I felt ready to face the challenges that lay ahead. Some of my favourite memories come from the many trips I was able to go on, in countries such as France, Sri Lanka, Russia and Norway. In the Senior School I played rugby and cricket throughout my time and had the honour of representing both the First XV and First XI. In the Sixth Form, I was made Lower School Officer which was a role I really enjoyed as it allowed me to work with many of the youngest students at MGS. I studied Russian, French, History and Politics in my final two years at MGS and I’m currently in my final year at Durham University studying for a degree in Russian and Spanish, having just returned from a year abroad in Peru and Russia.