Drama at MGS during the pandemic 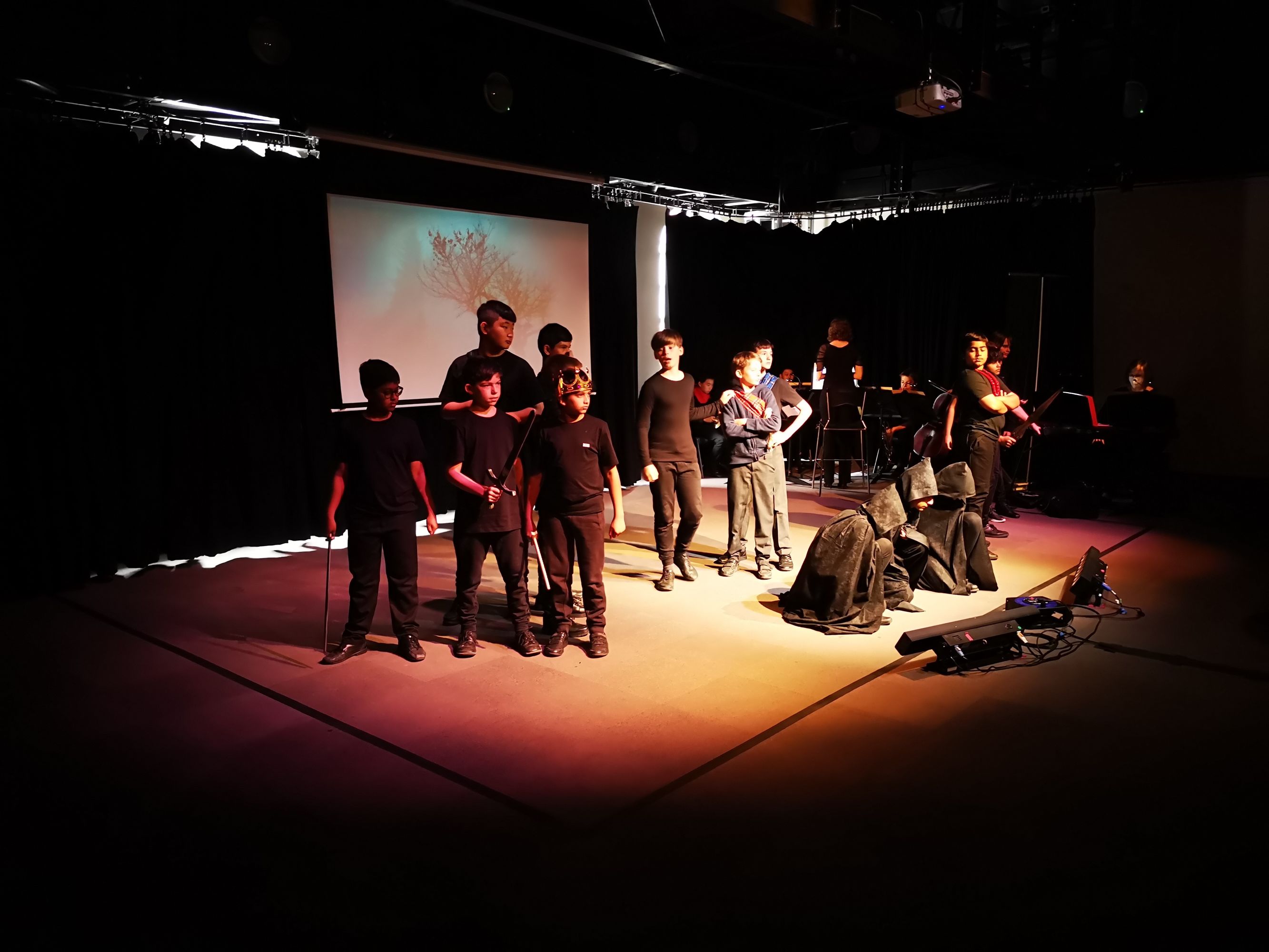 ‘Necessity is the mother of invention’ is a well-known proverb that was also the mantra for MGS’s Drama Department throughout the 2020/21 academic year.

In a traditional year, the Department would present up to 10 lavish productions across the Senior and Junior schools, complete with professional lighting, costumes and music. However, with no audiences permitted on site, no bubbles allowed to mix and the very nature of Drama making practical sessions on Microsoft Teams almost impossible, Head of Drama Matt Nichols and his team had to look at creative ways to deliver lessons.

“Essentially, we had to rethink, and then rewrite, the entire curriculum,” explained Matt. “But, at the same time, for those boys studying Drama at GCSE and A-level, it was important we delivered the standard of lessons that would enable them to get the grades they deserved.

“In a normal year, we would take those year groups to the theatre to study live performances. Of course, that was not possible this year so we asked the boys to study recordings of high-quality performances from the National Theatre.

“While they were at home, they boys worked incredibly hard on the written aspects of the curriculum and produced some amazing scripts, which they were able to bring to life when they were in school. As a result, they were able to create and perform some truly fantastic and memorable pieces. Given the difficulties they faced, the boys adapted so well and I am so proud of them.”

Matt and his team also hit upon an ingenious idea that allowed our Lower School pupils to express their creativity. During the lockdowns or when boys were isolating, Year 8 boys were encouraged to write their own scripts and use whatever household items they could to create children’s puppet theatre. And when the boys returned to school, they were able to perform their pieces live.

“Even by MGS standards, the creativity was unbelievable,” said Matt. “Being at home forced the boys to create an entire puppet show with very limited resources, so we had boys creating puppets out of everything from discarded Amazon boxes to mug handles. Boys even placed the different coloured sweet wrappers from Quality Street chocolates over the lens of their camera phones to recreate stage lighting! It was absolutely brilliant and we saw some adaptations of classics like The Gruffalo and We’re Going On A Bear Hunt in ways we have never seen before.”

In the Summer Term, the Junior School utilised indoor and outdoor spaces throughout the School to stage their version of Shakespeare’s classic, Macbeth. Scenes were performed live and then recorded and edited by the School’s professional Drama technicians, allowing them to produce a full-length feature film which was then made available to all Junior School parents to watch at home. During the Activity Days, a professional theatre director helped boys to stage their own puppet show.