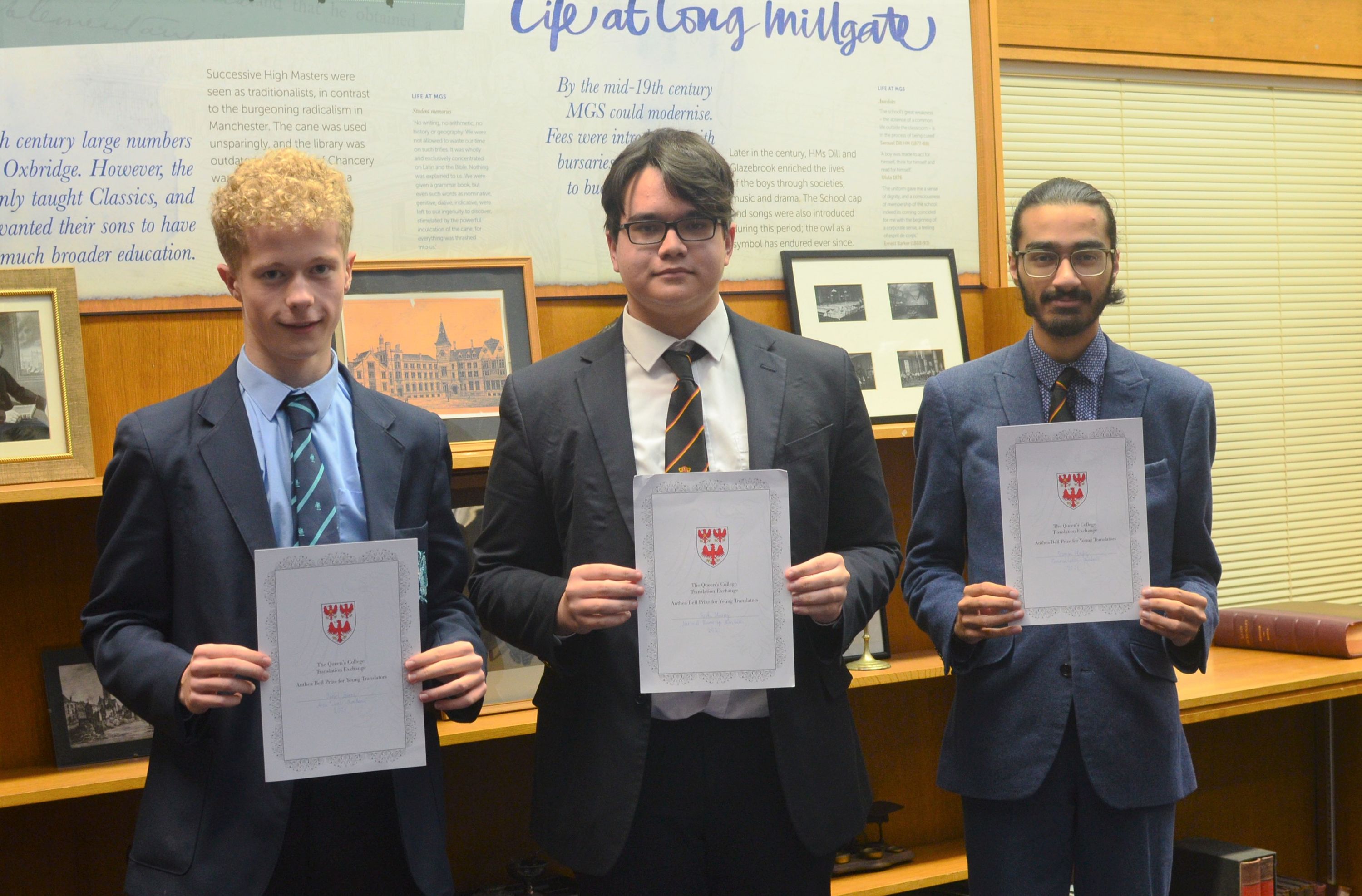 The competition itself took place in June 2021 and was organised by Queen's College, Oxford, for secondary school pupils in the UK. Students were required to translate a text from the language they are studying into English.

In the Chinese Level 4 (for Year 12 and 13 pupils) competition, Year 12 pupil Rishi Massey was the overall national runner-up, and Usman Hafiz, also in Year 12, won a Commendation.

Competing against schools from all over the country, the boys performed fantastically and thoroughly deserve these accolades.