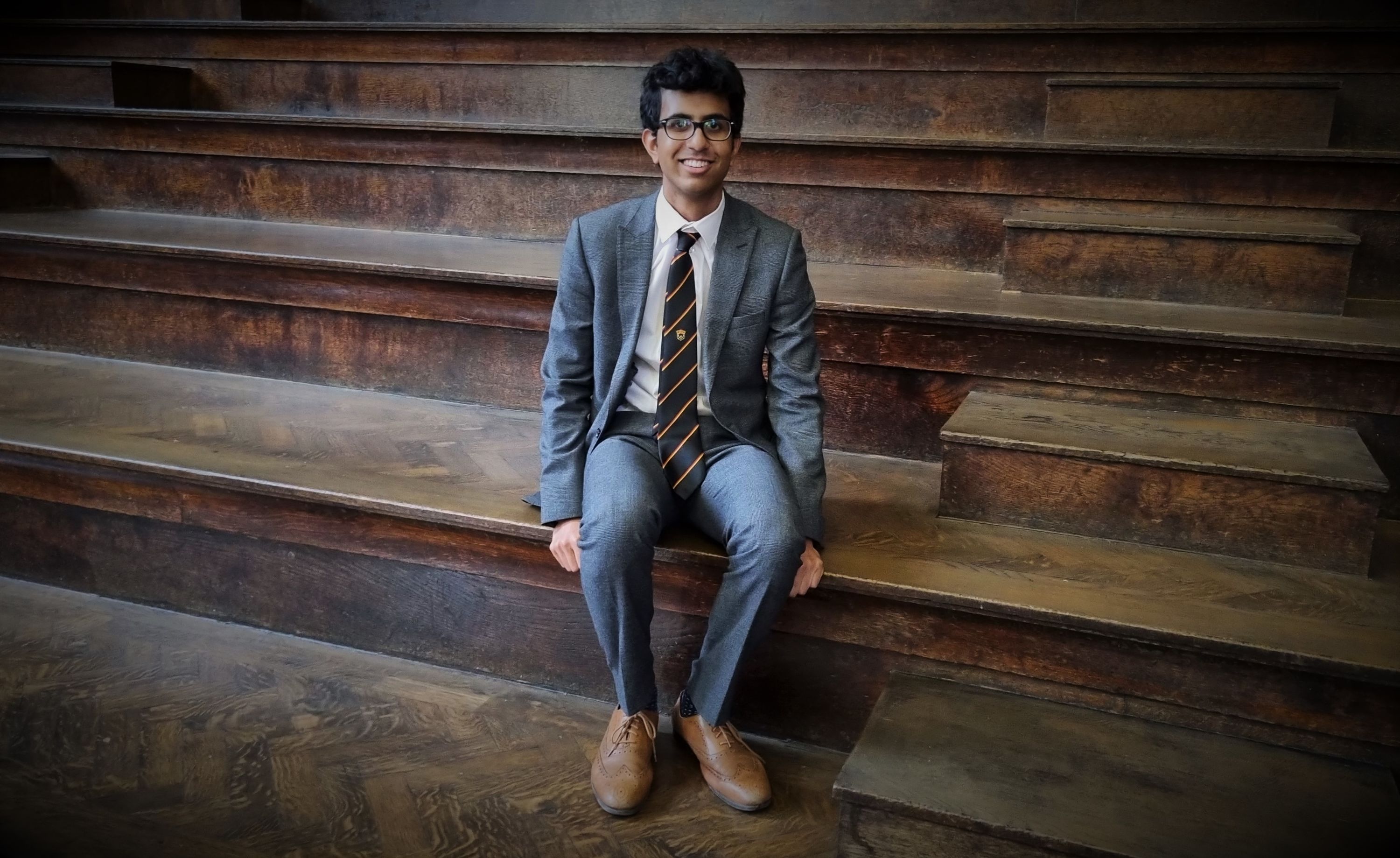 Everyone at MGS would like to extend their congratulations to MGS pupil Marc Kadir, in Year 13, who has been crowned Young Economist of the Year.

The competition was organised by the Royal Economics Society, in conjunction with the Financial Times, and Marc's essay - entitled 'Covid’s legacy will be an economically more unequal world' was judged to be the winner.

This is an absolutely outstanding achievement by Marc, who also receives £1,000 for his winning entry. Many congratulations to Marc, whose winning-essay (edited version) can be read below.

Covid-19 has resulted in drastic economic and social changes globally. Amid news of billionaires’ wealth rising by 27.5 per cent to $10.2tn during the pandemic, it is reasonable to assume that - in line with the pattern after previous pandemics - economic inequality has increased. To assess the true extent and areas in which this has taken place requires an analysis of its impacts on generational, gender and racial inequality internationally.

A key feature of the pandemic’s impact was sectoral shutdowns and alterations to the way in which people worked. The direct short-term effects are among workers employed in the areas affected, who are disproportionately female, young and low-paid. Those under the age of 25 are twice as likely to work in a sector that closed than those who are older.

This implies an exacerbation in the generational divide, because young people overwhelmingly worked in sectors such as hospitality and retail that were shut, and bore the brunt of the reduction in income.

There has been a clear increase in economic gender inequality, with women a third more likely than men to have quit or lost their job in the UK during the pandemic. The data shows that this is largely a result of the behaviour of mothers, and has increased the gender imbalance in income distribution.

There were also significant disparities between the effects of Covid-19 on members of differing socio-economic groups. People in the bottom 10 per cent of earners accounted for around 30 per cent of those who lost their jobs.

These disparities are reflected at different educational levels. Those with higher levels of education and earnings were more likely to be in office-based employment and able to work from home with little disruption. Those with a degree were around 94 per cent more likely to be able to work from home, further exacerbating income disparities between rich and poor.

Those of Pakistani, Bangladeshi or black ethnicity were less likely to remain in employment, so ethnic economic inequality is further exacerbated. While these trends are specific to the UK, similar patterns existed elsewhere, with different groups enduring a disproportionate impact.

It is possible that these effects are simply the result of short-term pandemic-related fluctuations, which will be largely inconsequential in the long term as sectors reopen and economic activity resumes.

In fact, during the initial stages of lockdown, the incomes of some low-wage workers in the US increased as a result of stimulus measures worth around 13 per cent of GDP. This reduced income inequality, suggesting that Covid-19 would not necessarily result in a more unequal world.

However, as these income-support programmes are phased out and public services are cut, poorer households will be disproportionately affected by a larger reduction in their household income and an increase in inequality.

Projections by the World Bank estimate up to 150m additional people will fall into ‘extreme poverty’ worldwide, suggesting that the measures implemented to prevent an economic disaster are insufficient to ameliorate poverty. Covid-19 has caused great disruption to education. While the pandemic has interfered with almost all children’s schooling, there has been significant inequality between those from richer families and their less affluent peers.

It has been estimated that the learning loss incurred during 2020 will result in each pupil’s subsequent income being reduced by 3 per cent. Yet those from disadvantaged backgrounds, who lack the support or technology to participate in remote study, may see reductions of up to 5 per cent. It is clear that the stark educational differences the pandemic has caused will result in greater economic inequality between children of differing backgrounds.

Covid-19 will also have a profound impact on global inequality. A very modest share of immunisations has been in African countries. This vaccine inequality will limit poorer nations’ ability to conduct economic activity, remaining bounded by health restrictions while richer nations operate close to normal levels. As a result, wages will remain depressed and recovery will be sluggish, exacerbating global inequalities.

Such a view is disputed by Angus Deaton, who claims that international inequality has decreased as a result of the pandemic, with rich countries experiencing more deaths per capita than poor countries. Nations with a greater number of deaths saw greater declines in income, so per capita income fell by more in higher-income countries, resulting in a reduction in international income inequality.

However, such a view is unconvincing. The greater speed with which richer nations will be able to reopen, combined with the fact that the 60m people in the world’s poorest 74 countries will be pushed into extreme poverty, suggests that global inequality will increase.

Overall, it is clear that the legacy of coronavirus will be a more unequal world. Within nations, many pre-existing inequalities have been greatly exacerbated, and internationally, richer nations are projected to have a comparatively rapid and thorough recovery.