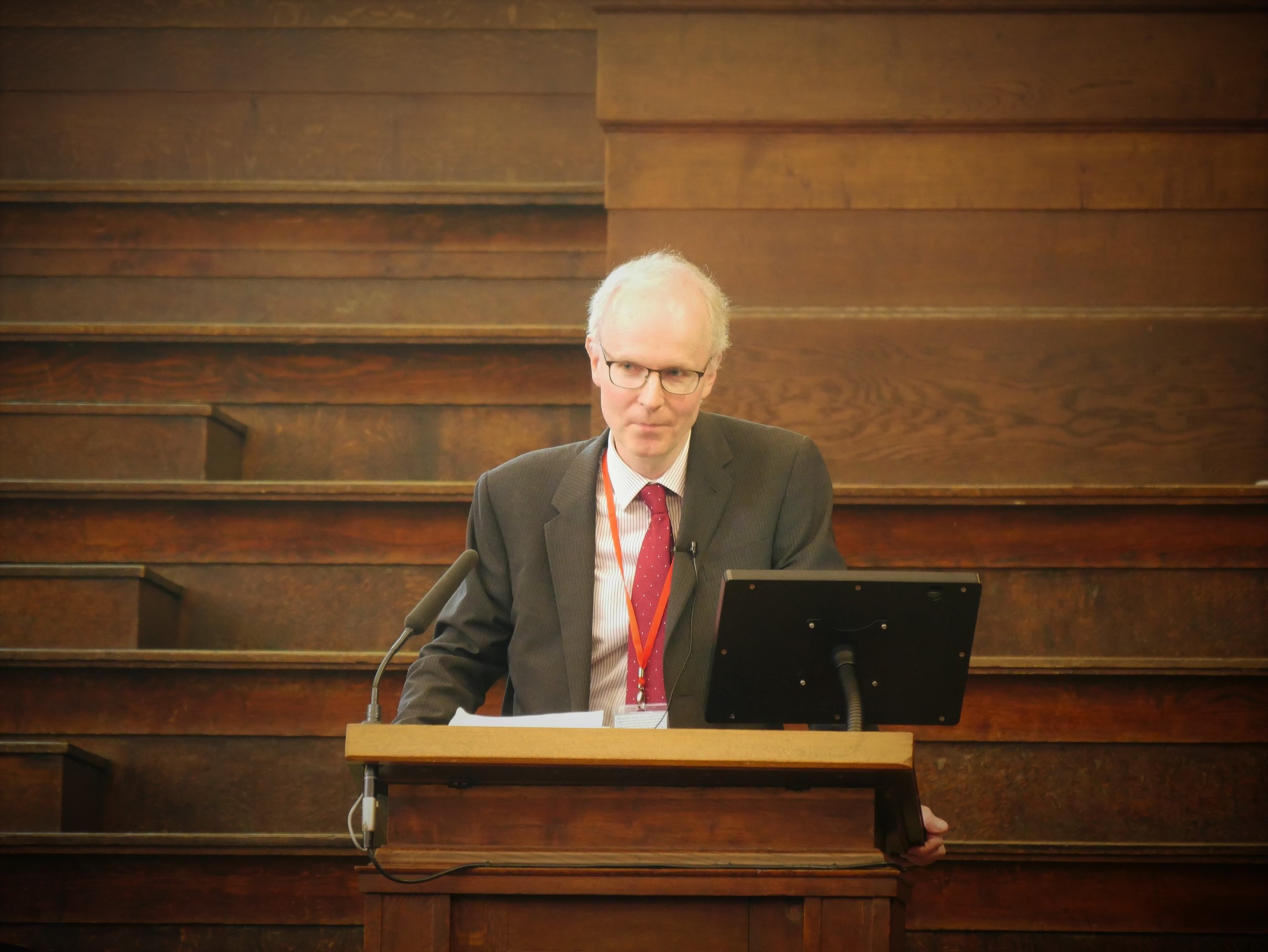 A big thank you to OM Mark Trevelyan, who delivered the 2018 Ian Leverton Lecture this afternoon.

The Ian Leverton Lecture was set up in 2012 in memory of Ian, our former Head of Modern Languages who sadly passed away in 2009.

The Lecture invites a speaker to address the audience on a variety of issues surrounding the study of languages, and this year we were delighted to welcome back Mark Trevelyan to MGS. Mark’s lecture highlighted his five reasons for learning languages and he also shared some of his many experiences of using his languages, which were insightful and very amusing! Mark now works for Reuters and is currently responsible for training journalists in Europe, the Middle East and Africa. As the deputy news editor for Europe, the Middle East and Africa from 2000 to 2003, he was closely involved in planning the coverage of 9/11 and the Iraq war.

We were delighted that Ian Leverton’s family were able to join us for the lecture and a drinks reception afterwards. Before the lecture, the University of Manchester, University of Sheffield and Manchester Metropolitan University had sent representatives to talk to students and answer their questions about studying languages at university. Pupils from five other schools were also in attendance, and as well as OMs who had studied languages in the sixth form. After the lecture, there was a lovely opportunity for previous members of staff, OMs and current staff and students to chat about the lecture and catch up.