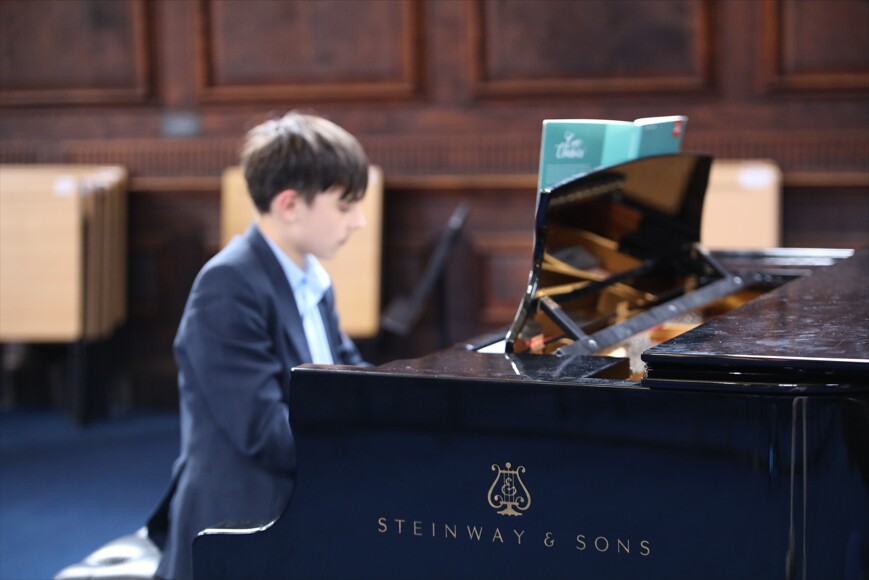 Ten pupils from years 7-10 competed for the Peter Greenburgh Recital Cup, as part of an annual music recital in honour of the Old Mancunian.

Year 9 pupil Taran commented on his musical experiences: "I've been playing guitar for about 6 years now but have only started really getting into it in the last couple of years. I love playing my guitar. It provides a tranquil environment and after a long day is a nice way to relax. I played two Celtic sounding songs. The first was Neil Gow's lament for the death of his second wife (arr. David Russell) and Lough Caragh by Gary Ryan. These songs are very calming songs with a sense of action and I really enjoy them".

Congratulations to this year's winner year 9 pupil Riccardo S who played Frédéric Chopin - Variations Brillantes, Op.12 and Claude Debussy - Voiles, Prélude No. 2 on the piano. The adjudicator commented on his lovely performances which included the audience, were highly accurate and had poise from beginning to end.

Riccardo said: "The Recital Class is just another great opportunity for MGS musicians to perform. This is now the second time that I have played in this event, and finally  audiences have returned, with parents and other people allowed to watch the whole concert. I am very honoured to have won the Peter Harold Greenburgh cup again, and I am very grateful for his niece to have provided the cup.

"The two pieces I played were both written from composers who were born in the 18th century, but their styles are very different. The first piece I played was by Frederic Chopin, a piece from the romantic era, which is called “Variations Brillantes”. This piece mostly has a majestic feel to it, especially in the introduction, and in the scherzo vivace at the end. There are some bits in the piece which are calmer, such as the lento which has many characteristics of a nocturne and allows the player to relax before the final variation. The second piece, “Voiles”, is from the impressionist period of music and is composed by Claude Debussy. Voiles is a prelude, and it is written in the whole tone scale. Despite not being extremely difficult, it is one of my favourite pieces of all time, as the expression that can be put into it is truly amazing. Overall, I thoroughly enjoyed playing these two pieces in this year’s Recital Class.”

Well done to everyone who took part and thank you to our adjudicator Richard James, and Joan Greenburgh who presented the Peter Greenburgh Memorial Trophy! 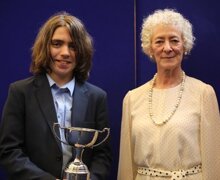 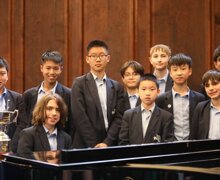 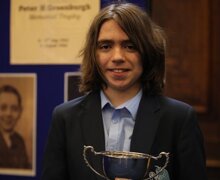