40 years of teaching Politics at MGS 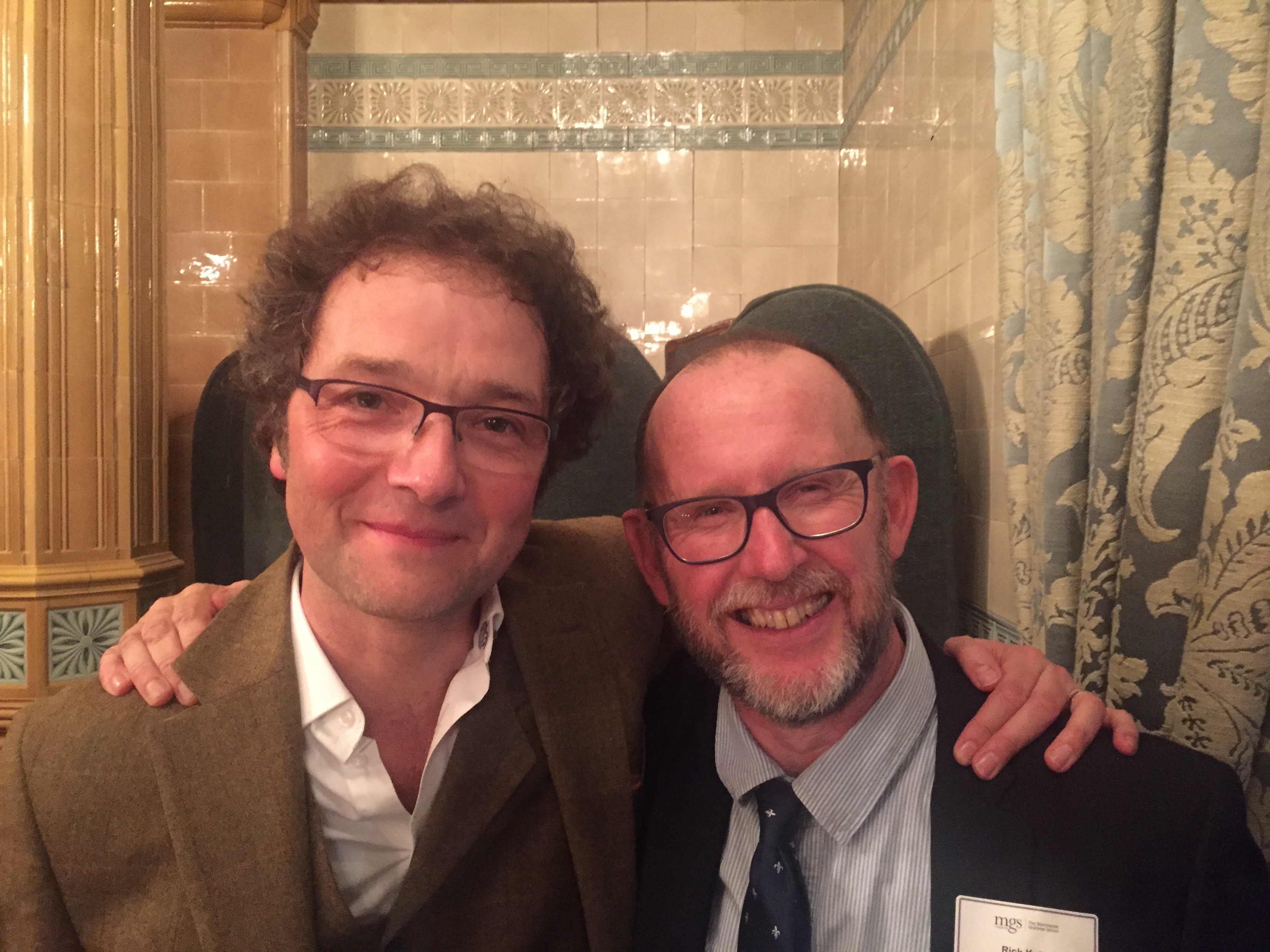 Last evening, more than 100 Old Mancunians from around the country gathered at the fantastic location of the National Liberal Club, in the heart of London, to celebrate 40 years of teaching Politics at MGS.

It was also good to see comedian, director and actor OM Chris Addison (OM 1983-1990) and author, broadcaster and Channel 4’s political correspondent Michael Crick (OM 1969-1976) at the event and reminiscing about their time at MGS.

Below is a just an excerpt from Rick's speech:

'On the few occasions when Parker wasn’t around to oversee the visit of guest politicians, the results were far from positive. Take, for example, the visit of Michael Heseltine, who on account of Parker's absence was forced to endure lunch in the School Refectory.

'I had assumed that Heseltine was a widely recognised figure. But he obviously wasn’t recognised that lunchtime by a certain lugubrious colleague, who once told me (during my first week at MGS) that his mission in life was "to destroy any enthusiasm that anyone had about anything".  During the main course, the said colleague stared at Heseltine intensely and - eventually - looked at his face. Then, leaning over, he said to Heseltine: "Excuse me. Didn’t you used to teach at Bury Grammar?" And, when Heseltine said "no", the colleague continued: "Well, wherever you’re teaching, I wouldn’t come here because we’re going to the dogs."

'Heseltine’s humiliation that day was far from complete. Having finished lunch, and as I was leading him into the Common Room, the former Secretary of State for Defence was suddenly accosted by a Lower School boy, who thrust an exercise book into his hand. Heseltine looked even more bewildered when the boy then said: "Please,sir. Could you give this to Mr Shufflebottom?"'

This was a fantastic occasion, and we would like to thank all those OMs who attended and made it such a memorable evening and fitting celebration of four decades of teaching Politics here at MGS.