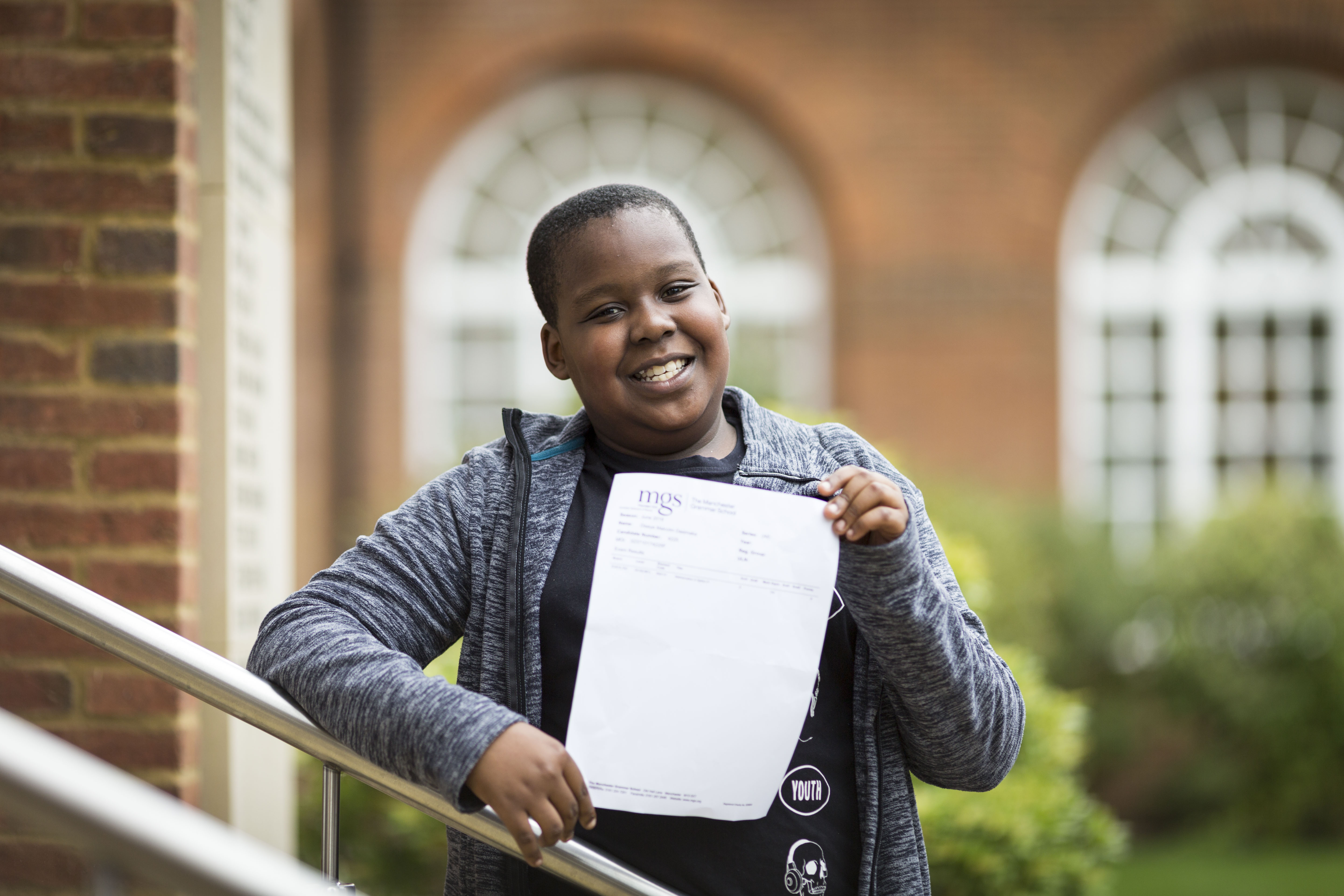 A boy from Manchester has scored the highest grade possible after an amazing performance in his GCSE Maths examination and all at the tender age of just 11.

Diseye Dasimaka, 11, from Manchester, sat his examination earlier this summer after his teachers at St Mary’s RC Primary School in Levenshulme were so impressed by his mathematical abilities that they felt he was ready to sit the GCSE examination whilst still a Junior School pupil.

And today, 23 August 2018, he picked up his result and found he had been awarded a 9 which is broadly equivalent to a grade above A* - which is the highest possible grade Diseye could have scored.

The new 9-1 numerical grading scale for certain subjects, which replaces the old A*-G system, makes the 9 grade the most prestigious in the country, and only a handful of pupils across the country will achieve it, making Diseye’s achievement even more phenomenal.

Diseye will now start as a Year 7 pupil at The Manchester Grammar School in September.

Diseye said: "I’m extremely proud of myself. I’m over the moon. My next target is to get all 9s when I sit my GCSEs in five years’ time."

Diseye's mum Mary said: "We are all super super proud of him. Even at 30 months old, he was a high achiever.When he was three-years-old, he was reading as fluently as a nine-year-old.

"Whenever we go to the library or a bookshop, he will always look for Maths books and when he is on his phone he is always playing Maths apps, so we’ve encouraged him from day one. I’ve spent enough on Maths books to buy a new house! We are so so proud of him, it’s brilliant."