Third Place for Under-11 XI at National Finals 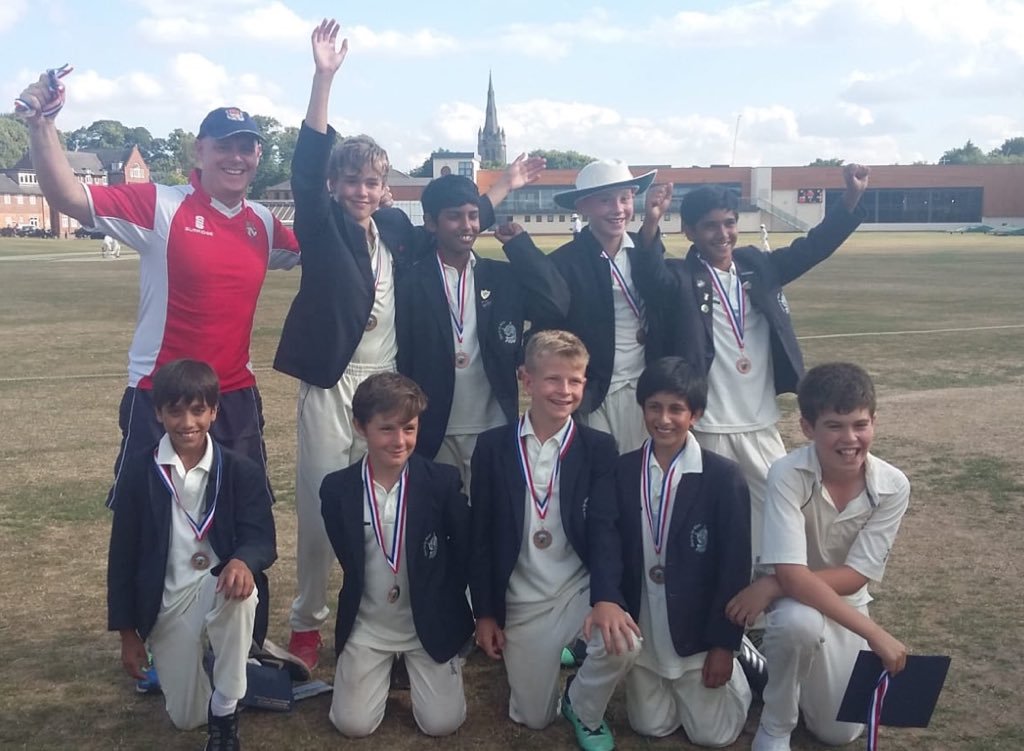 Congratulations to the MGS Under-11 cricket team, who finished in third place at the National Schools Finals held at Oakham School yesterday.

The team had another outstanding season, winning their second successive treble (Reeman 6s, AJIS Cup, Lancashire Cup) before beating Sedbergh in the North finals to represent the region in the National Finals.

To finish as the third best school in the country, considering some of the schools from all across the country they were up against, is a magnificent effort and the all the boys can be extremely proud of their achievements.