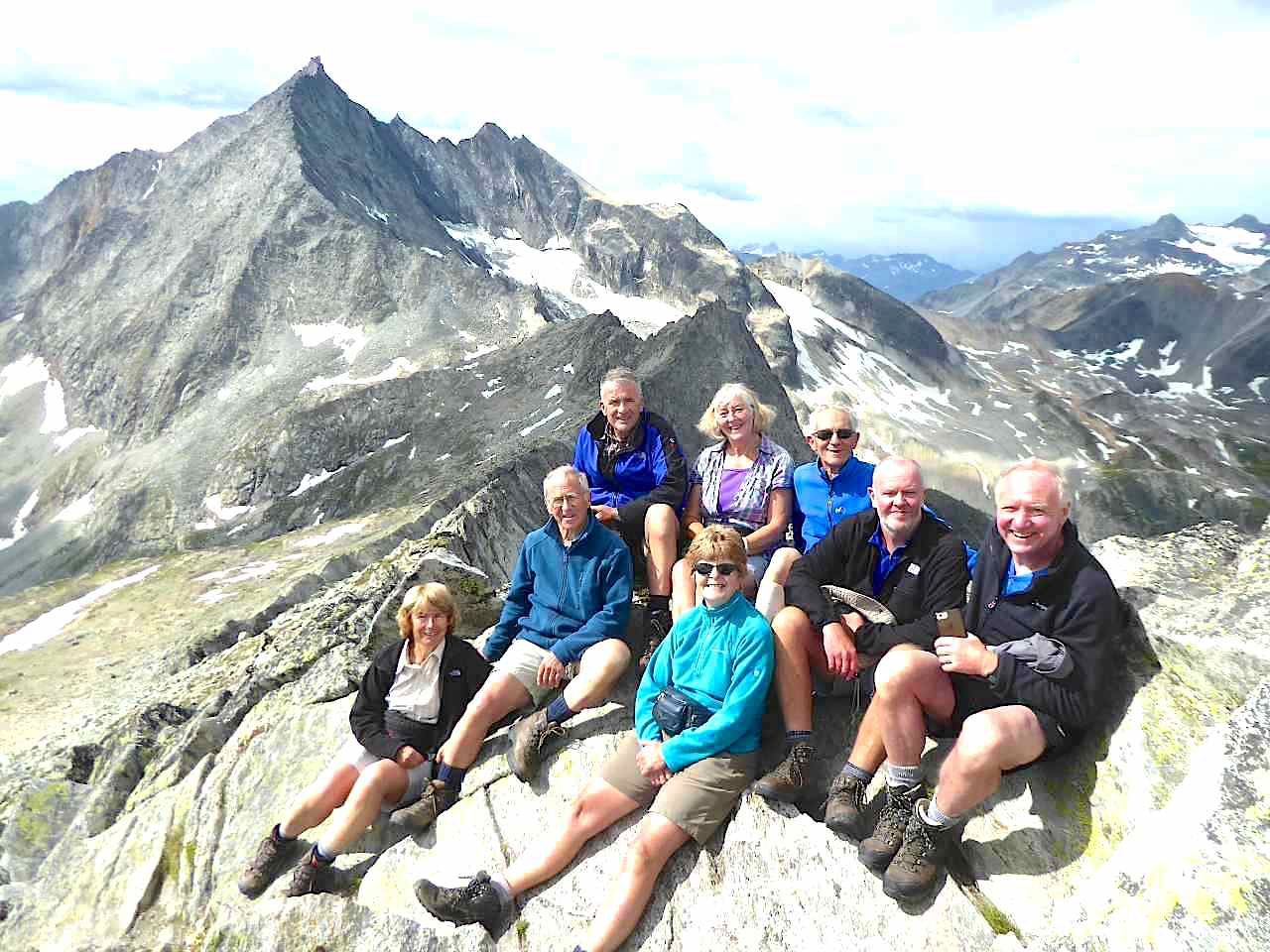 For well over a decade now a group of former Foreign Trek staff, the Old Trekkers’ Group (OTG), have met for monthly social walks up to about 8 miles, mainly in the Peak District. (*Regular walkers are Allan and Lesley Witton, John and Judith Willson, Roger Hand, Tim Pattison and Geoff Chandler, and there are half a dozen others who join us occasionally.)

Since 2006 there has also been an Old Trekkers’ Trek each summer, mostly in the Alps, but also in the Dolomites, Pyrenees and Norway. (*Allan and Lesley Witton and John and Judith Willson have done all 12 treks, Roger Hand and Tim Pattison have been on the majority, and Paul Shufflebottom, Ian Thorpe, Nigel Burin and Mark Hesketh have joined us occasionally.)

Last summer’s Trek was in the Vanoise National Park in the French Alps, in the same area as three previous Foreign Treks, the camping Treks of 1986 and 1997 and the hut-to-hut Trek of 1991.

As I said 35 years ago in the summary of the 1983 Trek Log: 'Trekking is demanding, uncomfortable, exhausting . . . exhilarating and addictive.’

In July 2018 the Old Trekkers’ Trek was to the Dolomites to follow the Alta Via 4.