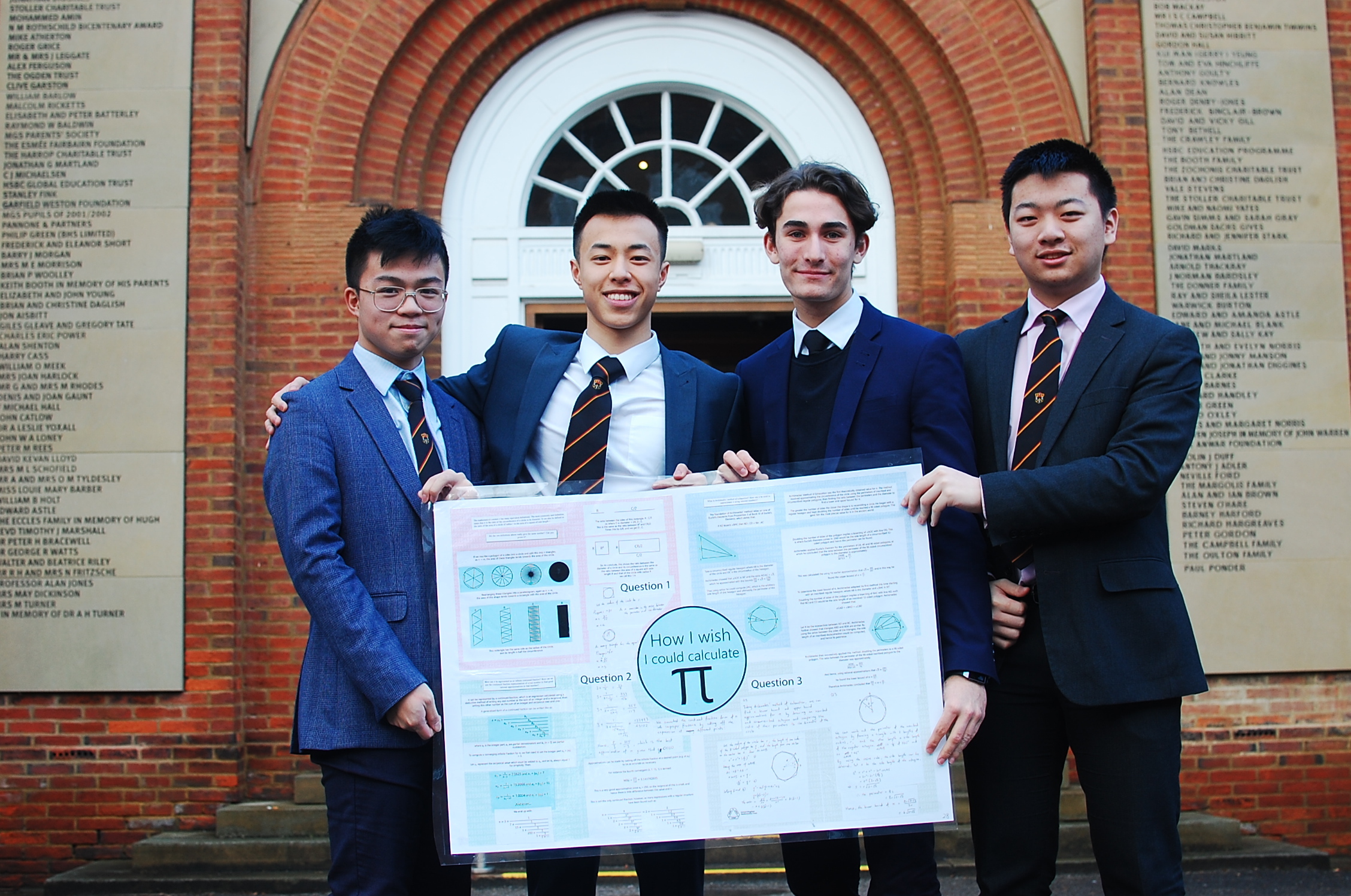 On Tuesday, our Senior Maths team of Haowen, AJ, Jia and James took part in the National Finals of the Team Maths Challenge in London, having won the Regional Finals last year.

There were 86 schools competing, representing the best of the 1,300 schools who had entered the competition, so to reach these finals was an outstanding achievement in itself.

After five gruelling rounds, the boys placed 19th  - a fantastic achievement by the team.

MGS Teacher of Mathematics Jo Allinson said: "Once again the boys impressed me with their focus, determination and mathematical excellence under considerable pressure! But more than that, they were polite, courteous, good-humoured and a real credit to the school in the way they approached the competition – I was incredibly proud of them. Well done boys!"