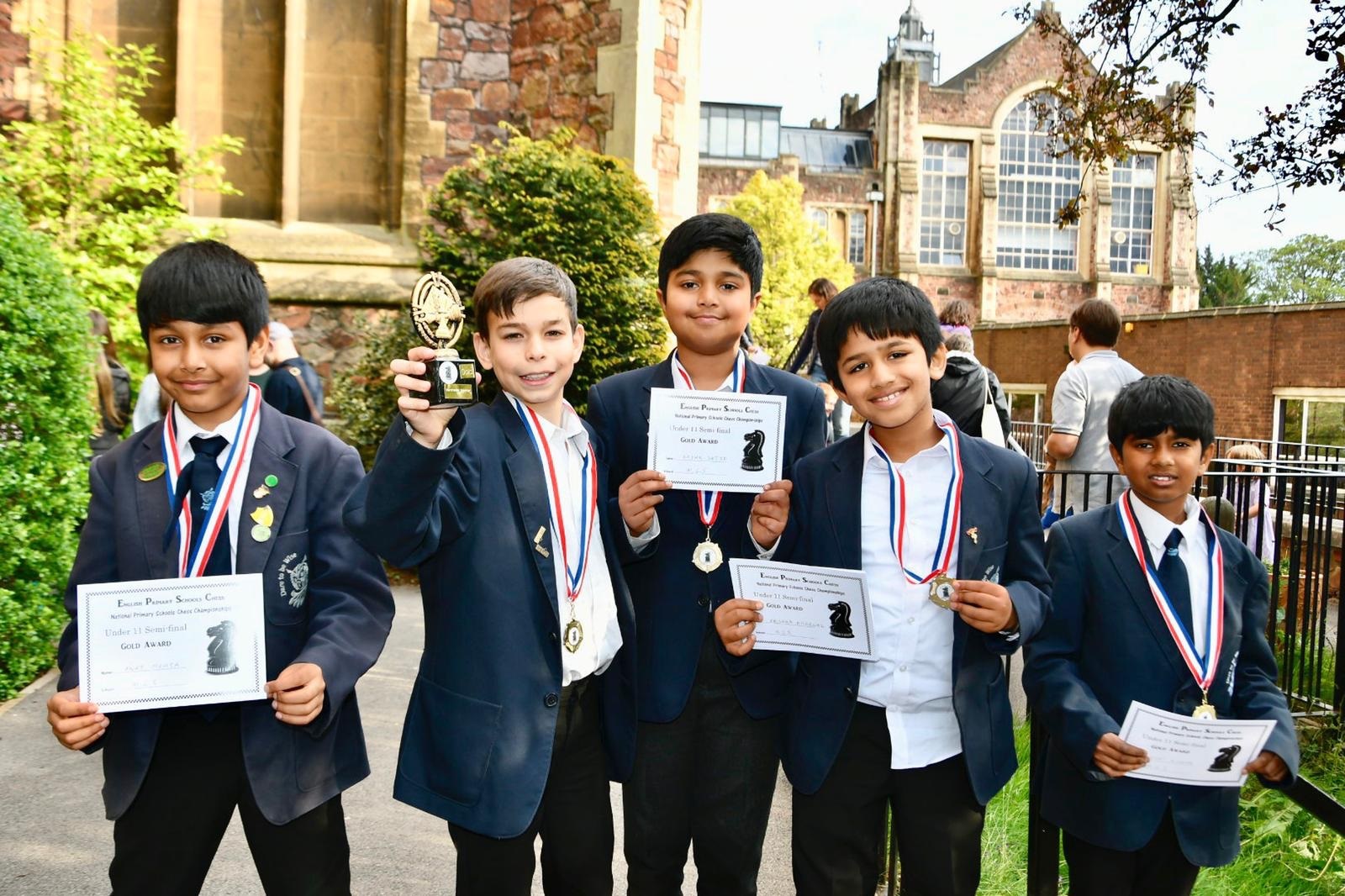 More than 40 schools competed for just two places to reach the national final, and the MGS team performed superbly to finish fifth, a remarkable achievement given this was the first year the School had entered the competition and our Year 5 boys were playing against teams generally a year older than them - including a number of more experienced teams, some of which included players who are former British Chess Champions in their age group.

The boys were a real credit to the School and they should be very proud of their achievement - a hard earned fifth place finish that received a gold standard award.