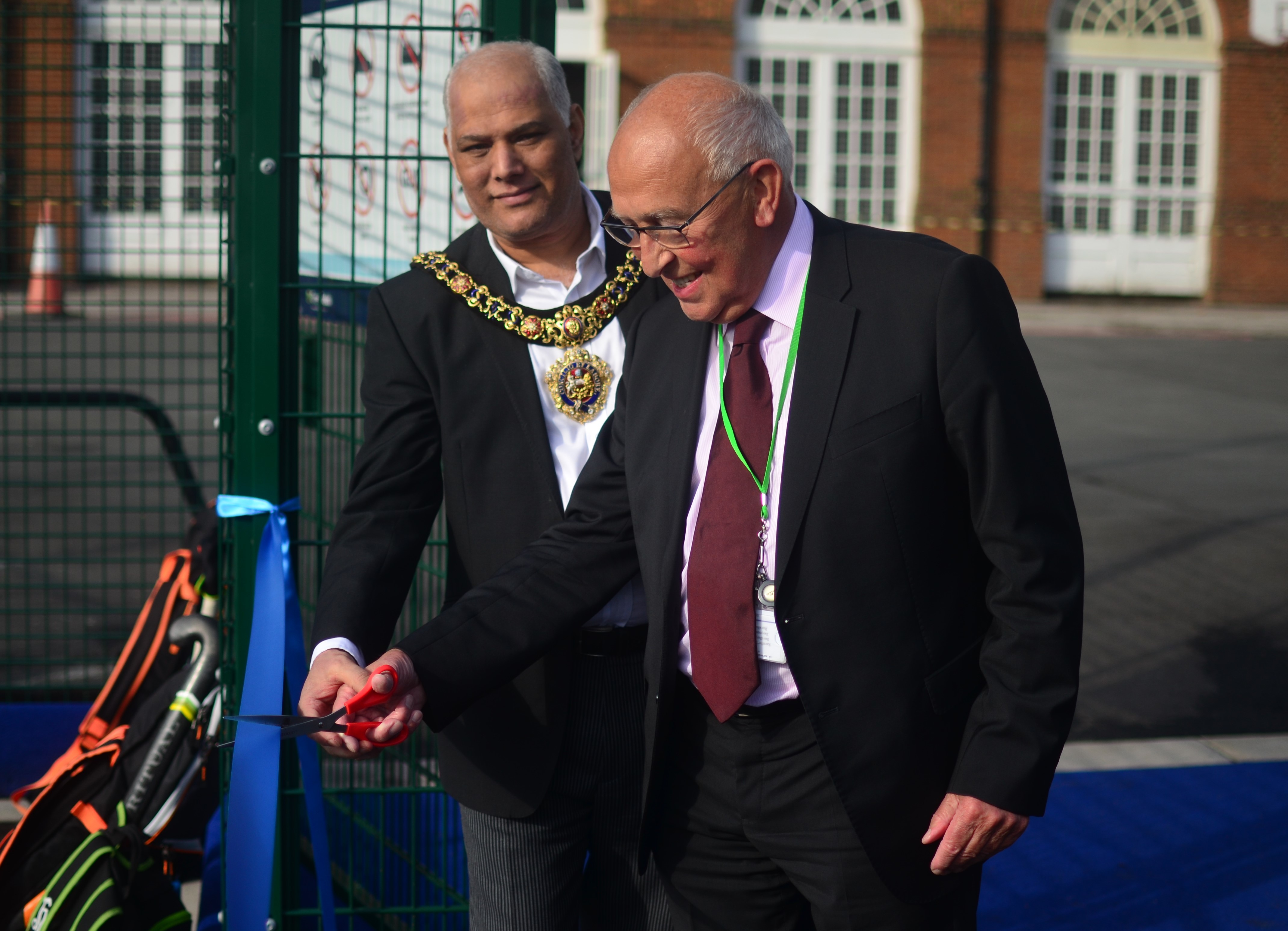 Yesterday, we were delighted to welcome The Lord Mayor of Manchester, Councillor Abid Latif Chohan, and the Chairman of Governors at MGS Maurice Watkins CBE, to officially cut the ribbon and open our new hockey pitches and tennis courts.

The party then made their way over to the new hockey pitch to watch the end of a triangular tournament involving the MGS First team - in their brand new kit - and teams from Lymm High School and Merchant Taylors' School.

Chairman of Governors Mr Watkins then formally welcomed the audience, which included staff, parents, pupils and MGS Governors, and paid tribute to the fantastic new facilities, and hoped they might lead to an MGS pupil representing the GB Men's Hockey Team in the not-too-distant future.

Mr Watkins and The Lord Mayor then cut the ribbon to officially open the new pitches. During a reception in the Memorial Hall, MGS pupils Ben Sharrock and Edward Elder (both Year 13) then spoke to the mayoral party about hockey, and life in general, at MGS.

The new facilities were built by GreenFields UK, creating state-of-the-art, world-class hockey pitches and tennis courts, allowing our boys to play on the same surfaces used to elite international athletes.

And the excellent new facilities have already paid dividends on the pitch, with a very successful season for all our hockey teams. Our Under-13, Under-14, Under-16 and First teams all won their respective age categories of the Lancashire Cup.