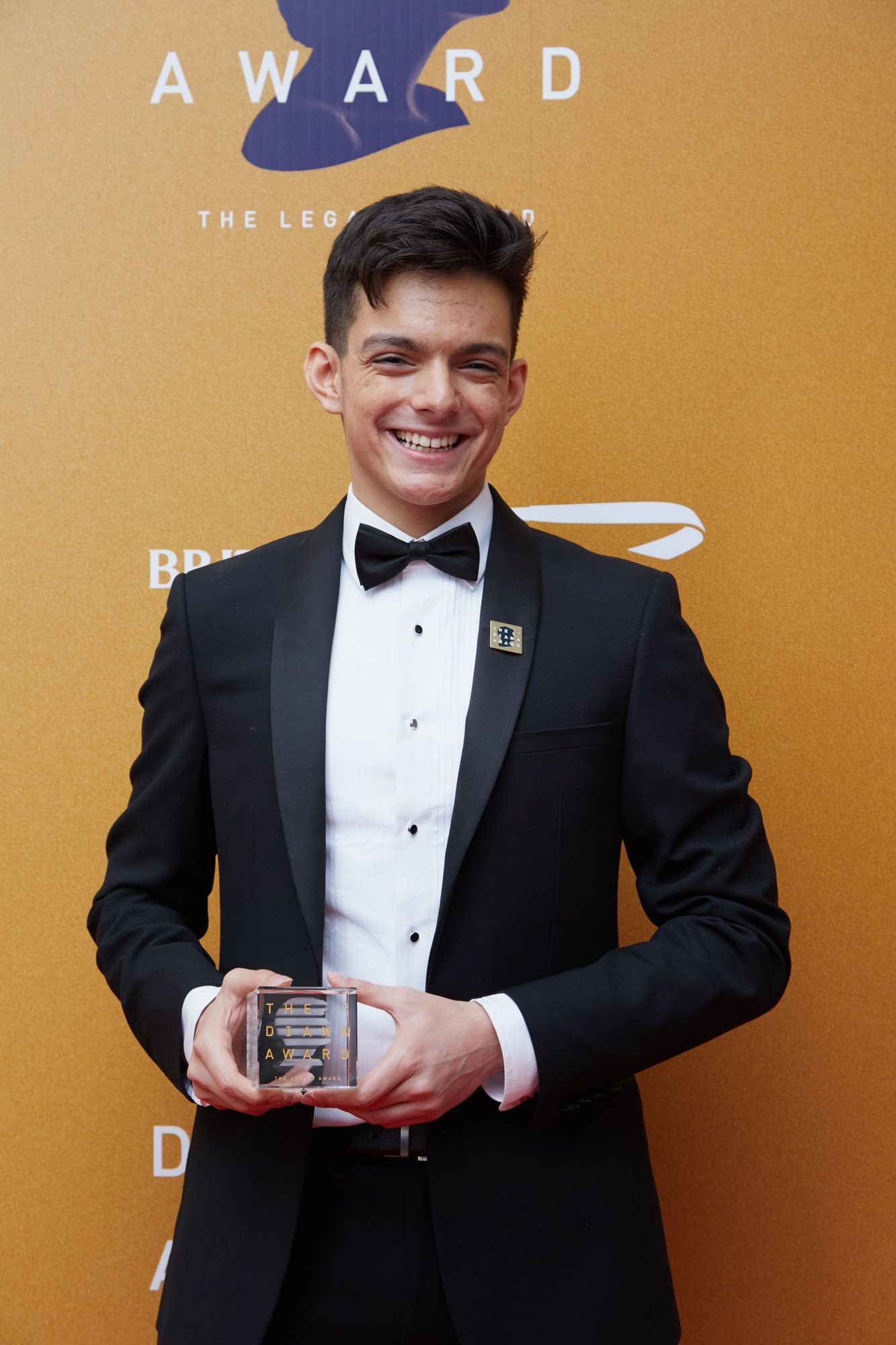 Huge congratulations to OM Daniel Lawes (MGS 2010-17), who was awarded the Princess Diana Legacy Award this week for his charity work.

Dan, alongside 19 other young leaders from across the world, was presented with the award by Princess Diana's brother, Earl Spencer.

The award is the highest a young person can achieve for their humanitarian efforts, and it is a wonderful recognition for everything Dan has done founding and leading the non-profit organisation YouthPolitics UK.

In addition to being presented with his award, Dan attended a four-day intensive leadership training programme, including a reception with Prince William at Kensington Palace and meeting inspiring people such as the Executive Director of UN Women, Executives from HSBC and British Airways, and members of the House of Lords - for Dan, meeting Baroness Lawrence was a particular highlight.

YouthPolitics UK has over 60 volunteers, has trained over 14,000 young people from low income neighbourhoods across the country and has bridged the gap between young people and decision makers, with figures such as Theresa May, Lord Heseltine, Alastair Campbell and Tony Blair all getting involved or planning to get involved with the organisation's work. Dan's award was also in recognition of his work with youth mental health, leading the #OnMyMind campaign, which has the aim of lobbying the Department of Health for additional funding to youth mental health services. Dan recently took part in a podcast series with the BBC about his journey, which can be found at https://www.bbc.co.uk/programmes/p07r5g7c

Dan is currently studying BSc History and International Relations at the London School of Economics (LSE), alongside additional modules in Economics and Chinese.

This is a fantastic achievement by Daniel, and richly deserved for all his tireless charity work on behalf of young people, all of which he does while studying full-time for an undergraduate degree. Everyone at MGS is so proud of Dan.