Sport at MGS during the pandemic 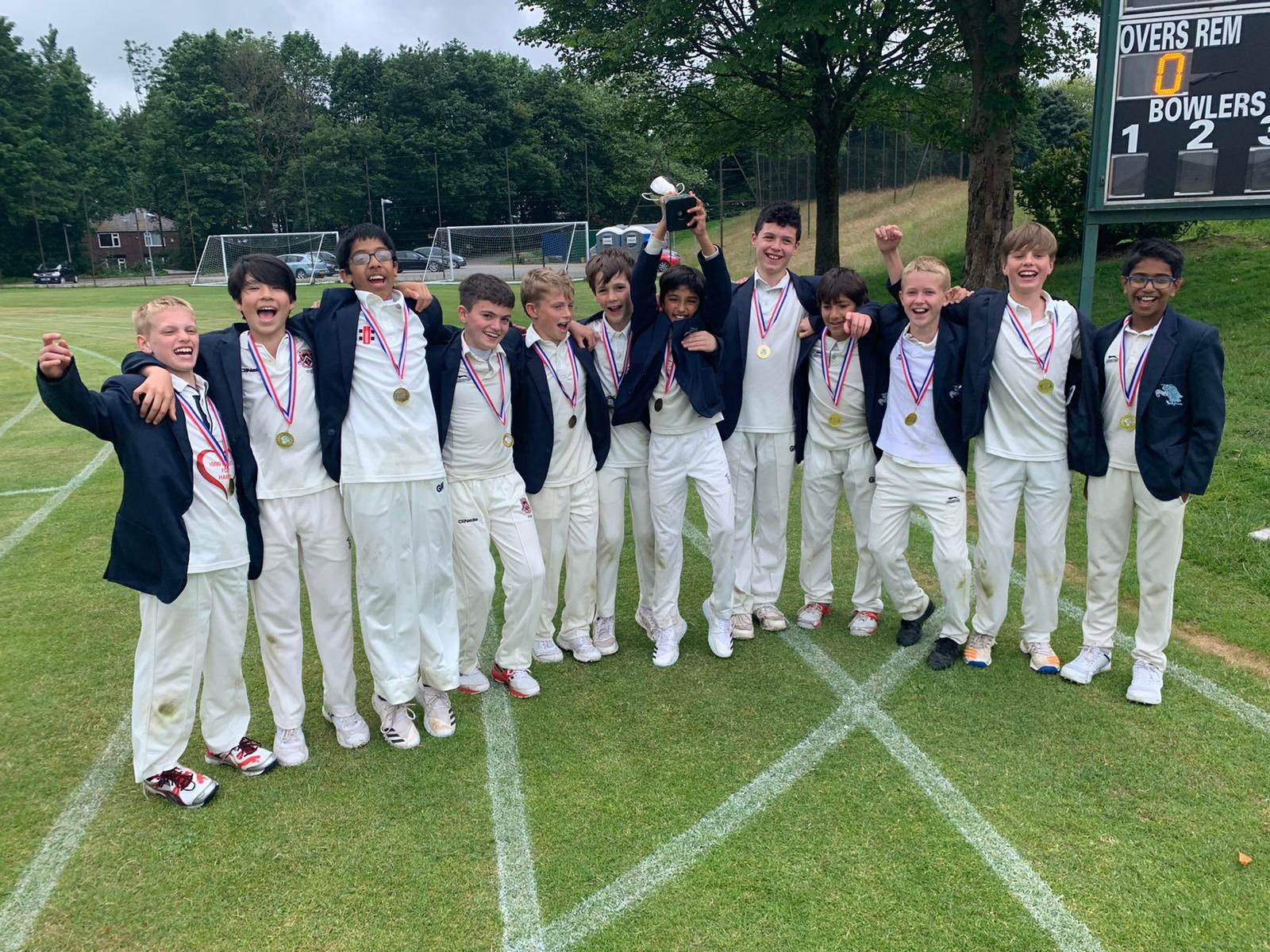 When our boys returned from their enforced hiatus for the start of the Michaelmas term, the aim was to ensure we could continue to offer all boys the opportunity to benefit from our well-established sporting programme, within Covid-safe environments.

Our philosophy remained that - despite the challenges posed by Covid - every boy is important and can develop as sportsmen, irrespective of their talents.

The School is also very fortunate to benefit from the leadership of our Director of Sport, Mike Watkinson, former England and Lancashire County Cricket Club all-rounder, and who was Director of Cricket at Lancashire when they ended their 77-year wait for a County Championship title in 2011.

Boys remained in their secure year group bubbles for all P.E. and Games sessions, and a Covid-safe protocol drawn up and implemented. This included:

Diversity of sport and opportunities for all remained the focus of our sporting programme, with year group bubbles offered football, rugby, hockey, cricket, tennis, rowing, fencing, basketball, softball, American Football and athletics, to name but a few.

Competitive sport against other schools would normally be a staple part of our sporting provision, but we could not offer this for safety reasons until the Summer Term of 2021. However, Mike and his team were keen to ensure that our boys could continue to enjoy the mental and physical benefits of sport, particularly after so many months in lockdown, and so introduced ‘Super Saturdays’.

Boys of all year groups, and of all abilities, were given the chance to come in on a Saturday and take part in a wide variety of sports whilst still remaining in their secure bubbles. These sessions proved to be extremely popular with the boys, both for those who are regularly selected to play in the School’s teams and wanted to develop their skills, and for those boys who simply enjoyed the inclusivity, camaraderie and self-esteem of playing sport with their classmates.

Due to the nationwide lockdown in January, much of the Lent term was lost and the majority of our boys – with the exception of children of key workers – were forced to stay at home.

However, the MGS PE and Sport Department was determined that our boys would continue to stay fit and active during lockdown, and devised the MGS Wembley Challenge.

All boys were invited to take part in the challenge, which was a virtual 12,000km race starting from the gates of MGS to Wembley Stadium, via some of Europe’s major cities. Boys were asked to choose an activity such as running, walking, cycling or rowing and record their distances. In true MGS fashion, our boys rose to the occasion and, after four weeks of intense exercise, they collectively travelled more than 7,400 miles, which was a fantastic effort by all the boys who took part.

Fully-taught weekly PE sessions and even a virtual yoga class were held on Microsoft Teams, with the pupil’s physical and mental well-being at the forefront of the teaching.  As with the first lockdown in 2020, we saw some incredible ingenuity and creativity by our boys, including one boy who put a bowling machine in the conservatory at his home which fired out balls while he batted outside!

As the national restrictions eased, the Summer Term saw a welcome return to outdoor competitive sport, and it was lovely to see our boys, once again, representing MGS with pride and passion against other schools in hockey, cricket, tennis and rugby fixtures.

And the standard of online teaching, coupled with the boys’ hunger to play for the School in competitive matches, certainly paid dividend on the cricket field. The Under-12, Under-14 and the Under-15 teams all won the Lancashire Cup in their respective age groups, with the Under-15s also winning the North T20 final.

Throughout the 2020/21 academic year, and undeterred by the challenges of blending in-person and remote sessions, the Department continued to run our Elite Performers Programme (EPP), which enables our most talented sportsmen to achieve their true potential, working closely with individual MGS PE and Sport staff to develop bespoke training programmes.

And we are immensely proud that some of these athletes have had success on the national stage this year.

The MGS First XI cricket captain, George Bell was called up to the England Under-19 squad and scored a century for the England Young Lions, as both he and exciting all-rounder Arav Shetty were featured in The Cricketer magazine as two of the country’s brightest young talents; Cholan Kayan is the current National Under-17s badminton champion in both the singles and doubles events; and Oliver Cassidy was one of just a handful of young cyclists across the whole of the UK to be selected for British Cycling’s prestigious Regional School of Racing sessions.

We were also delighted to see MGS alumni who have gone on to forge successful sporting careers at professional level continue to shine.

Republic of Ireland international goalkeeper Dan Rose, 17, joined German side FC Schalke from Everton; Charlie Savage, 17, signed his first ever professional contract with Manchester United; while George Johnston, 22, plays for Wigan Athletic and in March 2021 scored his first-ever goal for the club, which we believe to be the first goal an Old Mancunian has scored in any form of professional football.

In cricket, three MGS alumni – former England captain Michael Atherton OBE and brothers Mark and John Crawley were honoured by Wisden as retrospective winners of the Schools Cricketers of the Year awards for their outstanding performances while pupils at MGS in the mid to late 1980s.