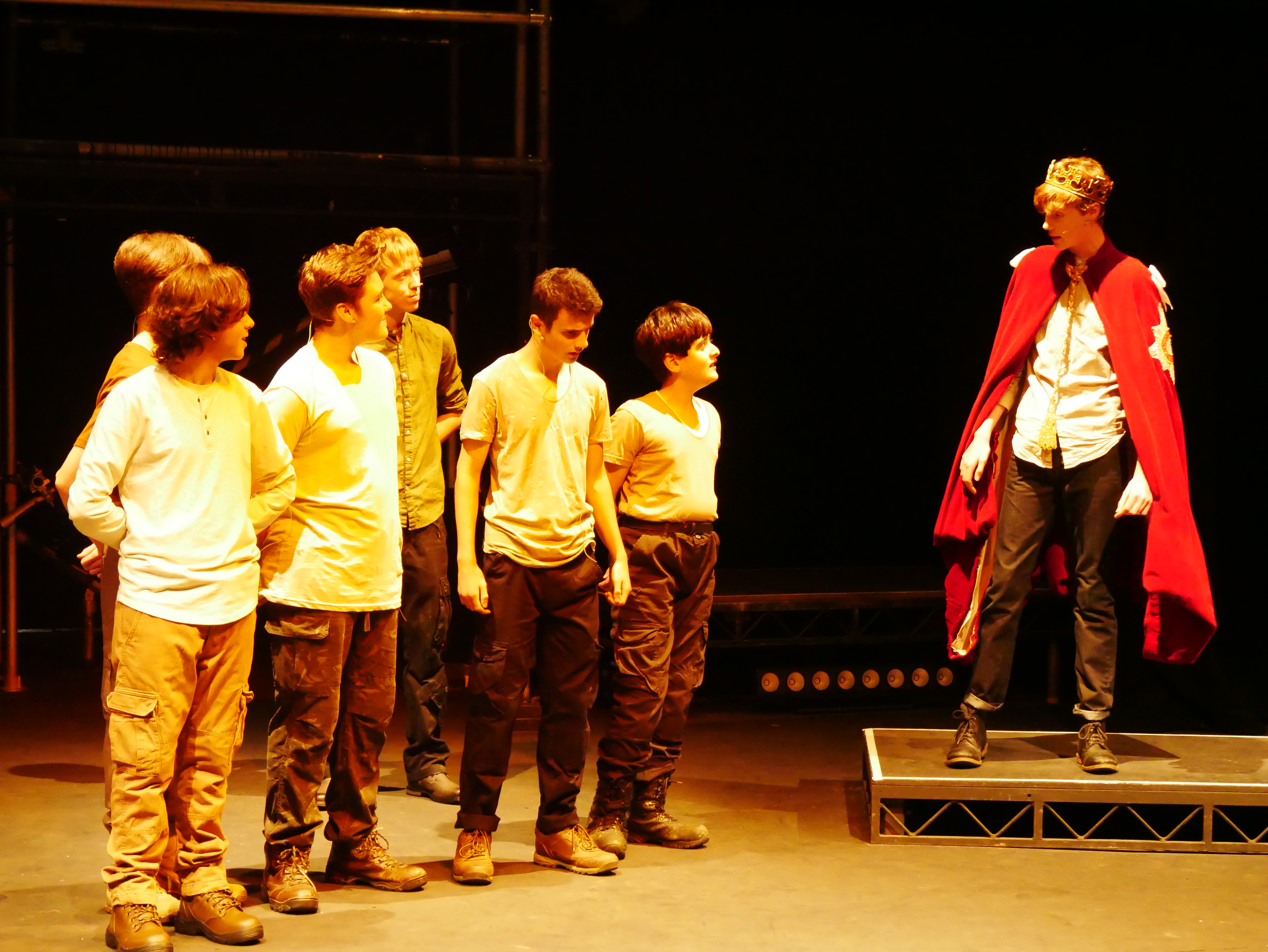 Our joint production with Manchester High School for Girls of Macbeth premieres in the MGS Theatre on 3 October at 7pm, with further performances on 5th and 6th October at 7pm.

Macbeth is Shakespeare's darkest thriller. Without being too tied to a specific time and place, our production seeks to tap into the mindsets of the protagonists, creating an otherwordly nightmare in which their imagined visions are brought vividly to life, being both alluring and tormenting in equal measure. We hope audiences will buy into the world in which we have chosen to set the play, in which violence is rife, yet supernatural magic is commonplace.

In this abridged and fast-moving adaptation, the cast have found plenty of scope to experiment. The pupils from MGS and MHSG have collaborated impressively, staging the text creatively in a visual and physical style that demonstrates their fearless imaginations and talents.

Thank you to Richard Simpson for these preview pictures of what will be a fantastic production.