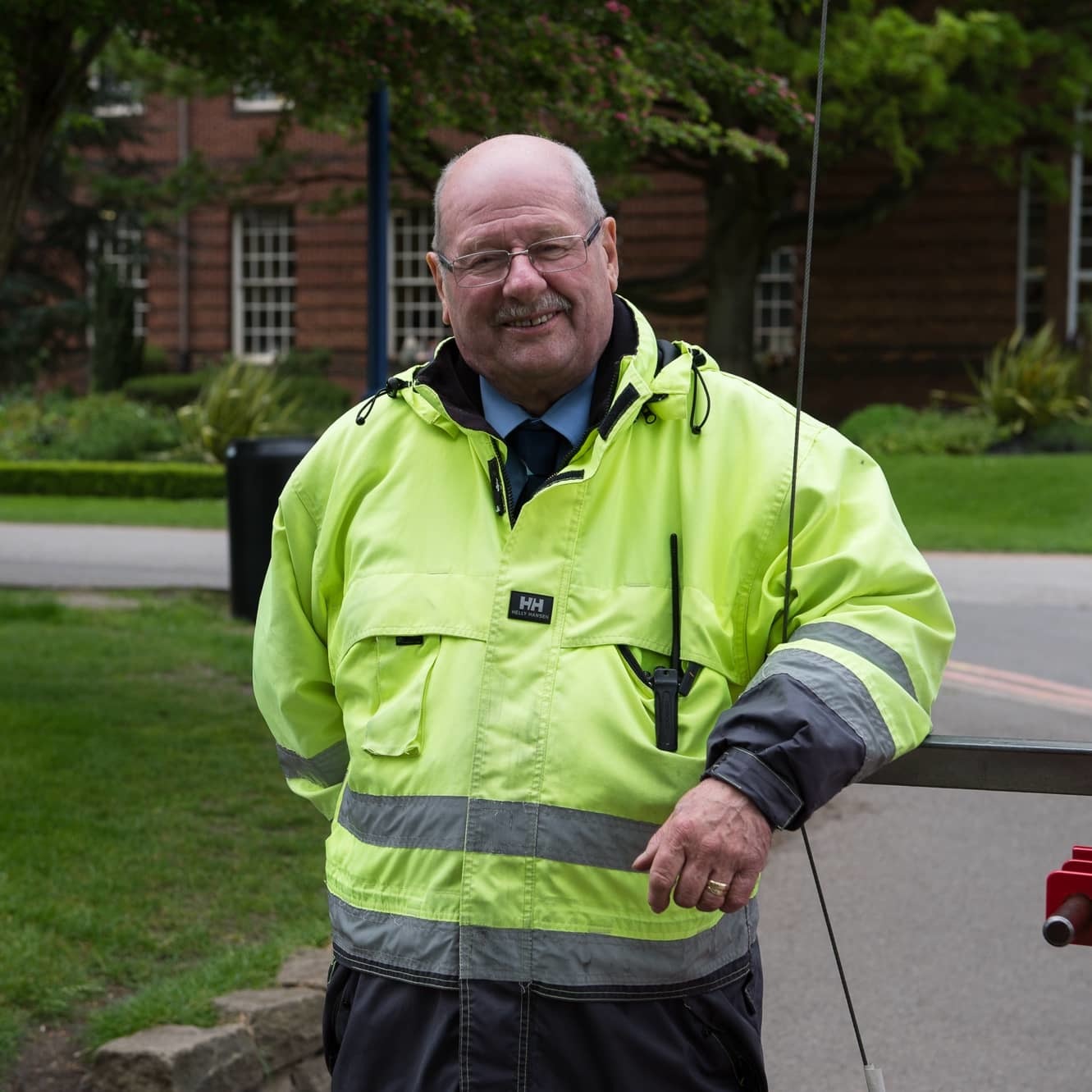 It is with great sadness that we have to share the news that Harry Bardsley, our former Head Porter who was adored by everyone at MGS, has passed away.

Harry joined MGS in 1982 originally as the Pool Porter, with responsibility for the pool and the gym area and would always be one of the first on site. Over the years, he was promoted to Head Porter and lived in the School’s lodge with his wife Aggie, and later, their son James.

In the last years of his career, Harry was the king of the security barrier and parking. Even after his retirement a few years ago, everyone continued to fondly refer to  ‘Harry’s Hut’, a permanent reminder of Harry’s enduring legacy at MGS.

In so many ways, Harry was the public face of MGS. He would always be the first person that boys, staff, Old Mancunians and visitors would see in the morning, and he would greet everyone with kindness, warmth, a quick chat and a smile. Harry was the hub of informal pastoral care within the School. Whether it was boys or staff, Harry always had time to lend a friendly listening ear to anyone in need.

Harry was such an integral part of life here at MGS, and everyone who knew him will have their own, individual, fond memories of this wonderful man. What we are sure everyone would agree upon is that Harry was a true gentleman, popular and adored by boys and staff alike, and undoubtedly part of the pantheon of MGS greats. We are very lucky to have had characters such as Harry and former Head Porter Wilf Robb, who are now a part of MGS folklore.

Harry loved his time here at MGS, and loved the banter with the boys. During the whole School official photographs, boys in all years would fondly chant: “Harry! Harry! Harry!” as he took his seat front and centre. And, in keeping with Harry’s generosity, he was also a patron of our Bursary Appeal and wore his Old Mancunian tie with pride, every day.

Anyone who knew Harry will also know that he was devoted to his family. His enduring love for his wife Aggie, who sadly passed away last year, was clear for everyone to see. And, more recently, Harry became a grandfather for the first time, and was absolutely besotted with his new granddaughter.

Everyone at MGS would like to send their deepest condolences to Harry’s son James and the rest of Harry’s family, and our thoughts are with them following his passing.