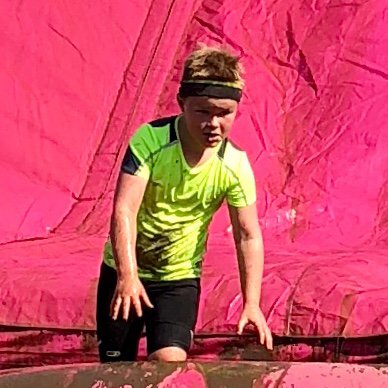 Huge congratulations to MGS's Freddie Mulcock, eight, who raised an incredible £2,399 for Cancer Research by running the charity's first ever Muddy 5K for Kids.

Freddie ran the race as part of his MGS Hugh Oldham Charity Initiative.

Every day from February, he was asking neighbours and friends to sponsor him, and every night before bed he would ask his mum to show him the running total. His first target was £300, which quickly became £500, followed by £1,000 and finally £1,500. He then sailed through his final target.

On a boiling hot unforgiving day in early May, he ran the Muddy 5K for Kids race in 42 minutes, along with fellow MGS pupils Nikash Hinduja and Ashden Johnson. A super effort all round and a fantastic achievement to raise so much money - well done Freddie!