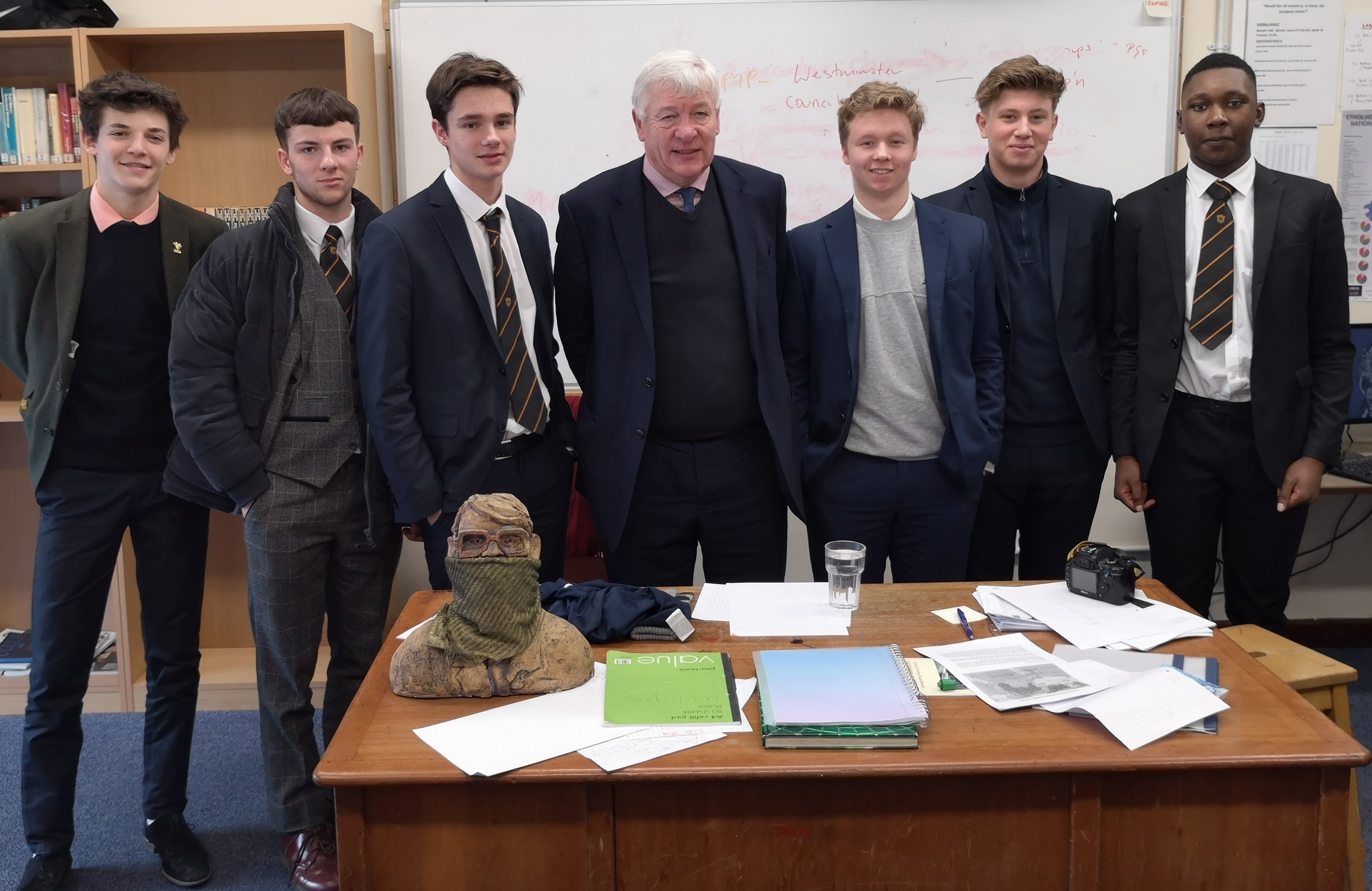 By Rick Kelly, Head of Politics at MGS

Graham Stringer, MP for Broughton and Blackley since 1997 and former leader of Manchester City Council, spoke to our A-Level Politics students about how the EU was "incompatible" with Enlightenment notions like democracy, equality and government by consent, and recalled how this view was once commonplace on the centre-left. Mr Stringer also recalled how, when he was first active inside the Labour Party (in the 1970s), it was "almost impossible" to be chosen as a candidate without first renouncing what was then seen as a plutocratic, Brussels-based oligarchy that cared little for democratic legitimacy.

The bulk of today's Labour Party, of course, is pro-Remain. But Mr Stringer insisted that the imposition of austerity economics upon southern EU countries should give the British left further cause for concern. Nevertheless, Mr Stringer believed there was more support for Brexit inside the his party than often assumed, and that the next generation of Labour politicians would again understand that democratically accountable decision-making, as well as benign economic outcomes, should be valued by progressives.

Mr Stringer was asked a series of robust questions by our students, and reminded that, in our own mock referendum of 2016, there was a 70% majority for Remain. But everyone agreed that this had been a thought-provoking session, and that Mr Stringer's views were strangely under-represented in the current Brexit debate.