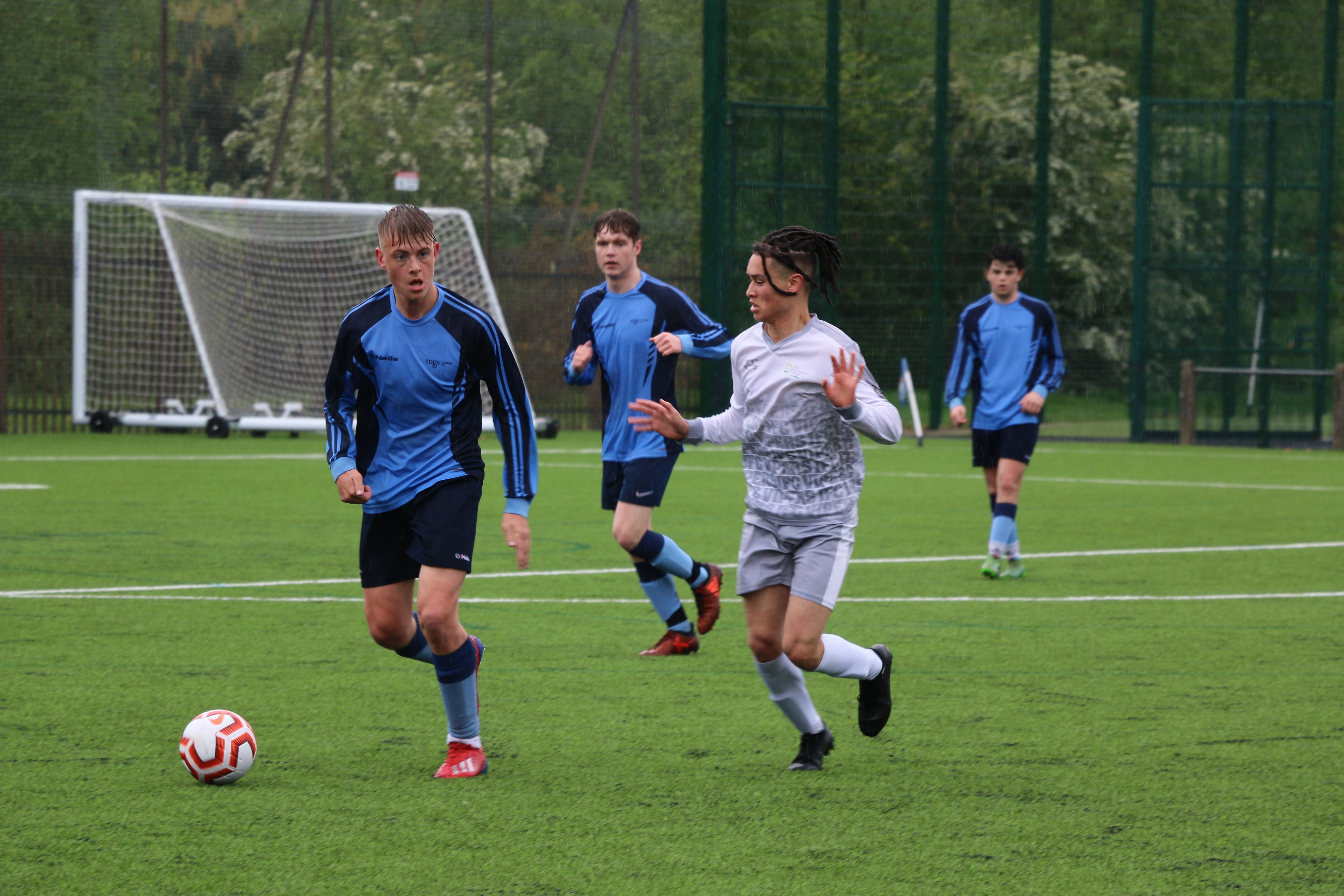 The MGS First XI played the final of the Manchester Cup yesterday afternoon against a highly-favoured Manchester College - a re-run of last year's final which had ended in opposition victory. Today was to be MGS's day, completing a famous comeback from 3-1 down, to win 4-3. Scorers were Luke Merrill, Joe Shenton, George Archer and Callum Livingston.

This completed an amazing double for the First XI, as they had previously completed a tight win against Bolton School in the Greater Manchester Cup. This is testament to the hard work and dedication each week of the players and, especially, of the coaches - Mr Corbett and Mr Wilson.