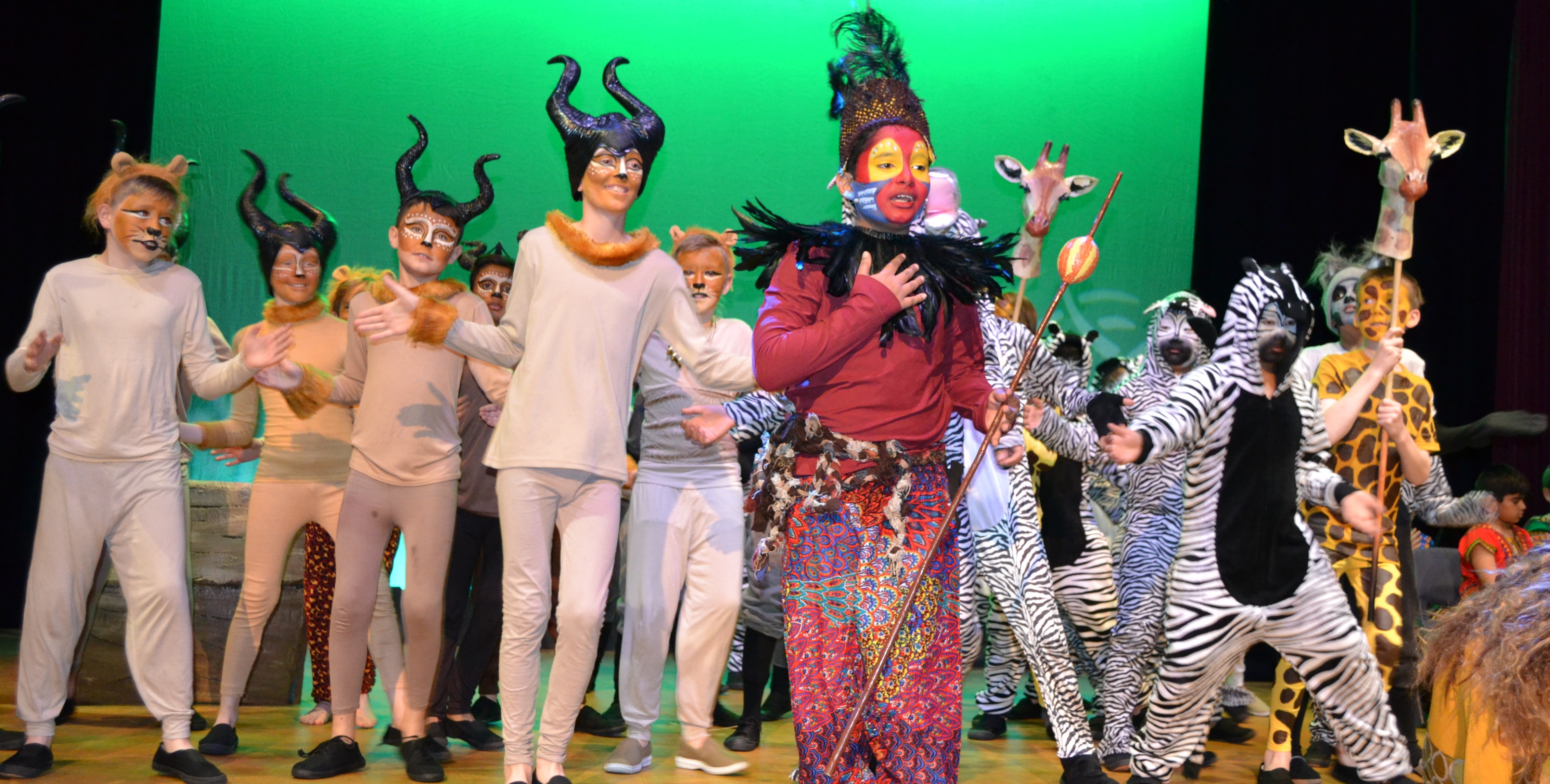 This week our Year 6 boys have performed in "The Lion King Jr", a colourful theatrical spectacle based on the award-winning Broadway musical and Disney film.

The show tells the story of Simba, an adventurous and energetic lion cub who is next in line to be king of the Pride Lands, a thriving and beautiful region in the African savannah. When Simba’s father Mufasa is killed by his uncle Scar, Simba is led to believe that his father’s death is his fault, and he is encouraged to run away forever.

Featuring songs such as “Circle of Life,” “I Just Can’t Wait to Be King,” “Hakuna Matata” and “Can You Feel the Love Tonight,” The Lion King is a timeless story about identity, family and responsibility.

Thanks go to all of those who have spent countless hours ensuring the show was a resounding success, which was thoroughly enjoyed by boys, parents and staff members alike.