Top UK award for services to cycling for OM Mike 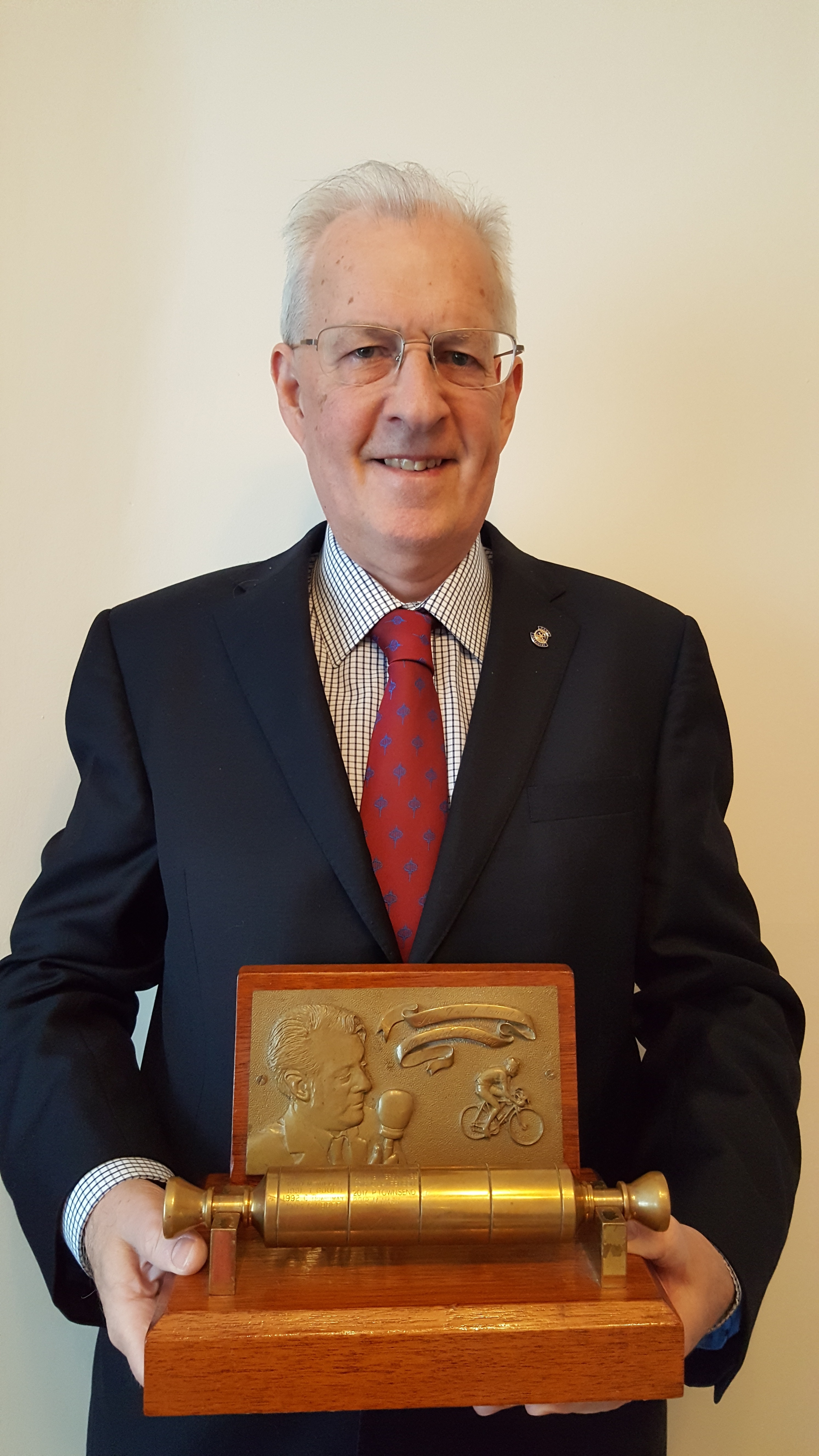 Many congratulations to OM Mike Hack (MGS 1966-73), whose services to cycling have seen him honoured with the country's top award.

Mike has been awarded the David Saunders Memorial Trophy, an award named in memory of a former Daily Telegraph journalist, who was Britain's top cycling reporter and regularly covered the Tour de France race before his death in a car crash in 1978.

The award was presented at British Cycling's Awards Dinner at the Vox Conference Centre, Birmingham, earlier this year.

We are so proud of all our OMs and it is fantastic to see Mike's services to cycling honoured in this way. A great achievement - well done, Mike.

To read the full story, visit: