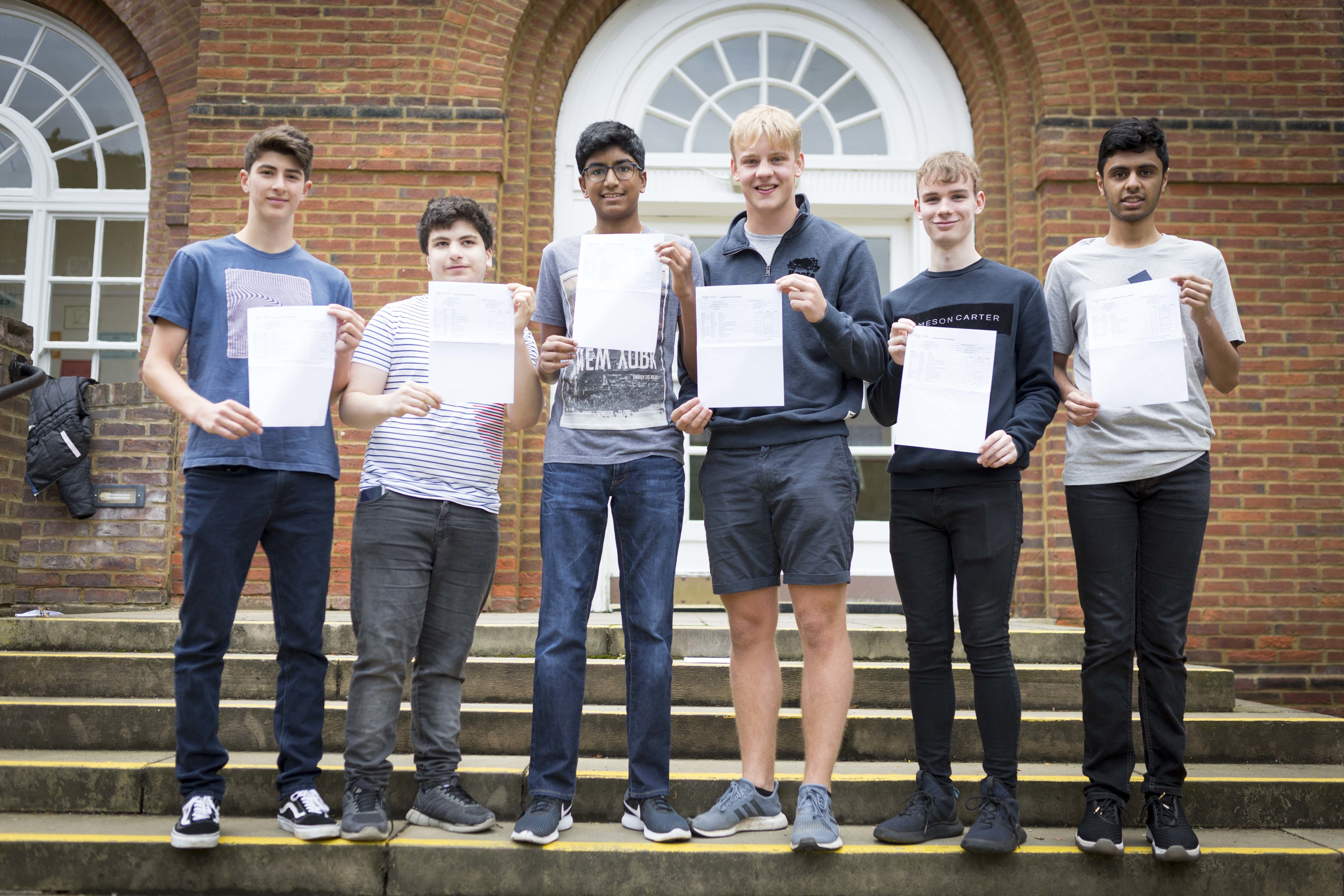 MGS is celebrating another year of outstanding examination results.

On 15 August 2019, boys arrived at School to pick up their A-level and Pre-U results. The Pre-U is a challenging alternative to A-level, with its own grading system. The highest Pre-U grade, a Distinction One (D1), is a grade above A*, whilst a D2 is equivalent to an A*.

There were many exceptional individual performances; 17 pupils were awarded straight A* grades, of whom five achieved four A* grades - tremendous achievements. 87 boys achieved a clean sweep of A* and A grades.

Oxford and Cambridge offered places to 31 Manchester Grammar School pupils for 2019 entry. Other leading universities to which MGS boys will be heading in significant numbers this autumn include Imperial, UCL, LSE, Durham, Warwick, York, KCL, Manchester, Nottingham and Leeds.

The following week, the GCSE results were published, and it was a record year for MGS boys.

Most GCSE subjects are now graded using a 9-1 scale, in which a 9 indicates a level of performance higher than an A*, whilst 8 is equivalent to an A* and 7 to an A. A small number of IGCSE subjects still use the old letter grading.

In those subjects using the 9-1 scale, an outstanding 45% of all grades achieved by MGS pupils were grade 9.

17 MGS pupils achieved the highest grade possible in all their subjects, a truly outstanding achievement. 114 MGS boys were awarded exclusively a combination of 9, 8 and 7 or equivalent grades.

The School’s High Master, Dr Martin Boulton, said: “We are very pleased with this year’s results, which reward the talent, hard work and dedication of our boys.

“Once again, these results place The Manchester Grammar School in a very select number of schools nationally.

“I have enjoyed seeing these boys grow and mature into young men. Our talented and dedicated staff have challenged them intellectually and helped them to develop their academic passions, whatever they may be. It is wonderful to see them rewarded with excellent grades.

“Of course, there is far more to a good education than just examination grades. These young men, who have achieved so much academically, have also excelled in sport, music, drama, and so many other areas of life at MGS.

"In congratulating them, I would also like to wish them every success as they take the next exciting steps of their academic journeys."