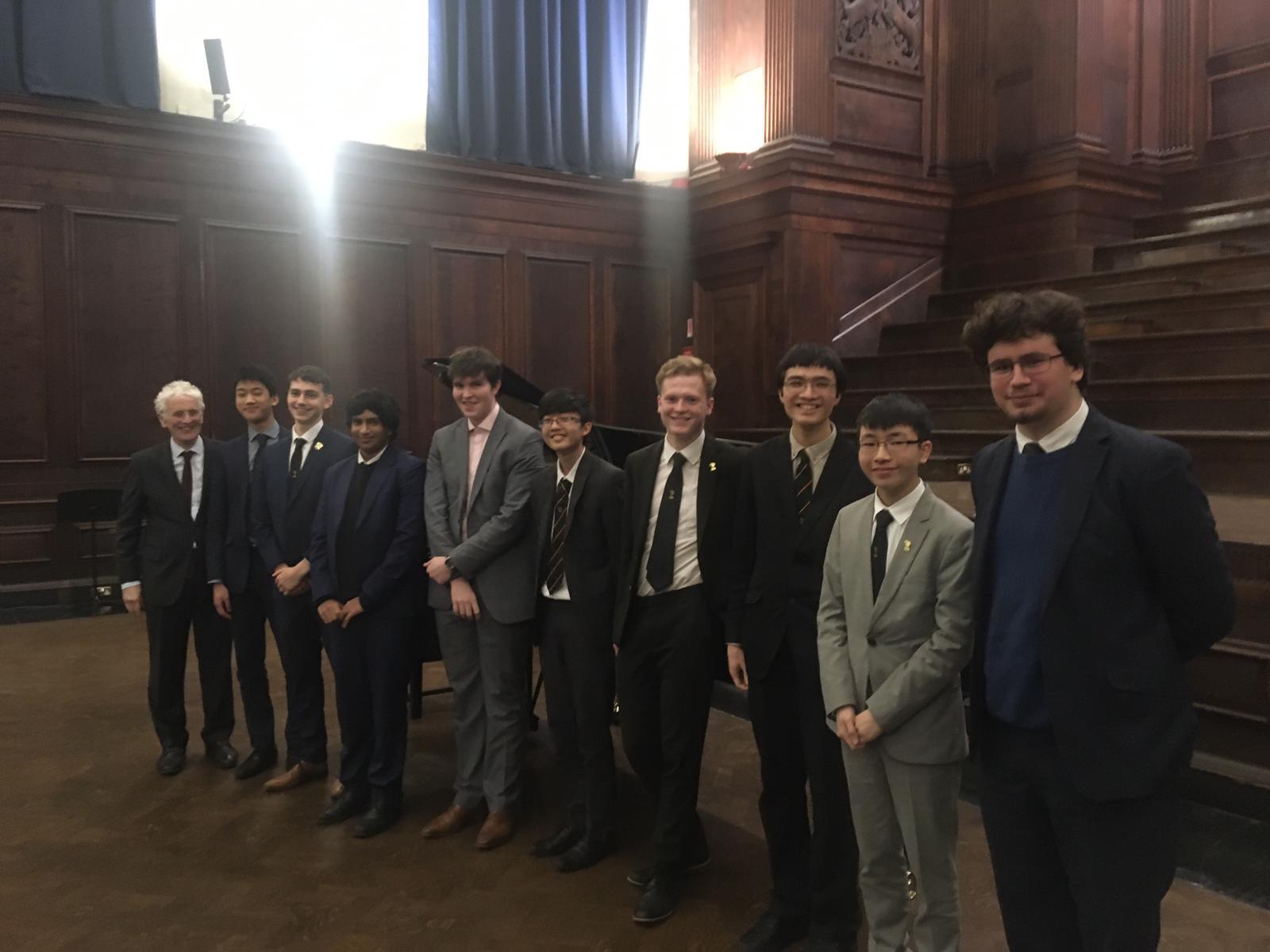 Nine of our boys all performed to an incredible standard, adjudicated by Stephen Threlfall, who spent 24 years as Director of Music at Chetham's School of Music and now focuses on conducting and creative work.

James Wang was announced as the winner, for performances on the piano of Ballade No.3 in Ab Major by Chopin and Impromptu No.3 in Gb Major by Schubert.

Well done to all the boys who performed so splendidly.