A Hundred and a Hat-trick for Cricketer Sid! 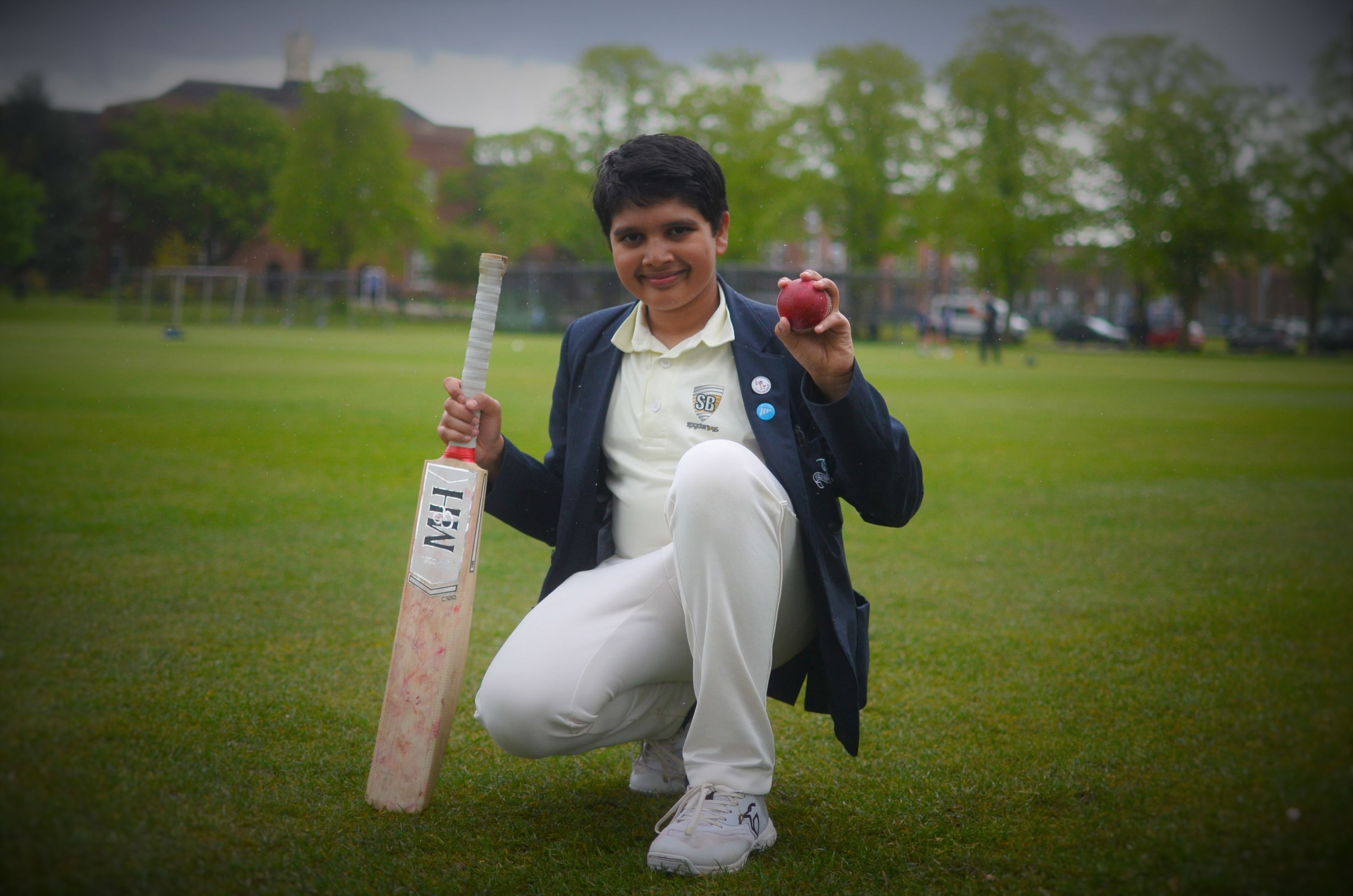 Scoring a century, or taking a hat-trick, are special feats in any cricket format. But to achieve both, in the same match, is a truly remarkable achievement that only a handful of players can say they've achieved.

MGS's Sid Murali, in Year 8, can now be added to that illustrious list.

This very talented young man scored an unbeaten hundred and then retired when the MGS Under-13A team faced Trent College on 1 May 2021, helping the Owls score 248-7

And 13-year-old Sid was then brought on to bowl the final over of Trent's innings, taking three wickets and not conceding a single run. MGS won the game by 102 runs thanks to Sid's remarkable performance with both bat and ball. He described the feeling as "amazing", although he modestly describes himself as a batsmen who can bowl a bit!

Definitely one to watch in the future - well done, Sid!