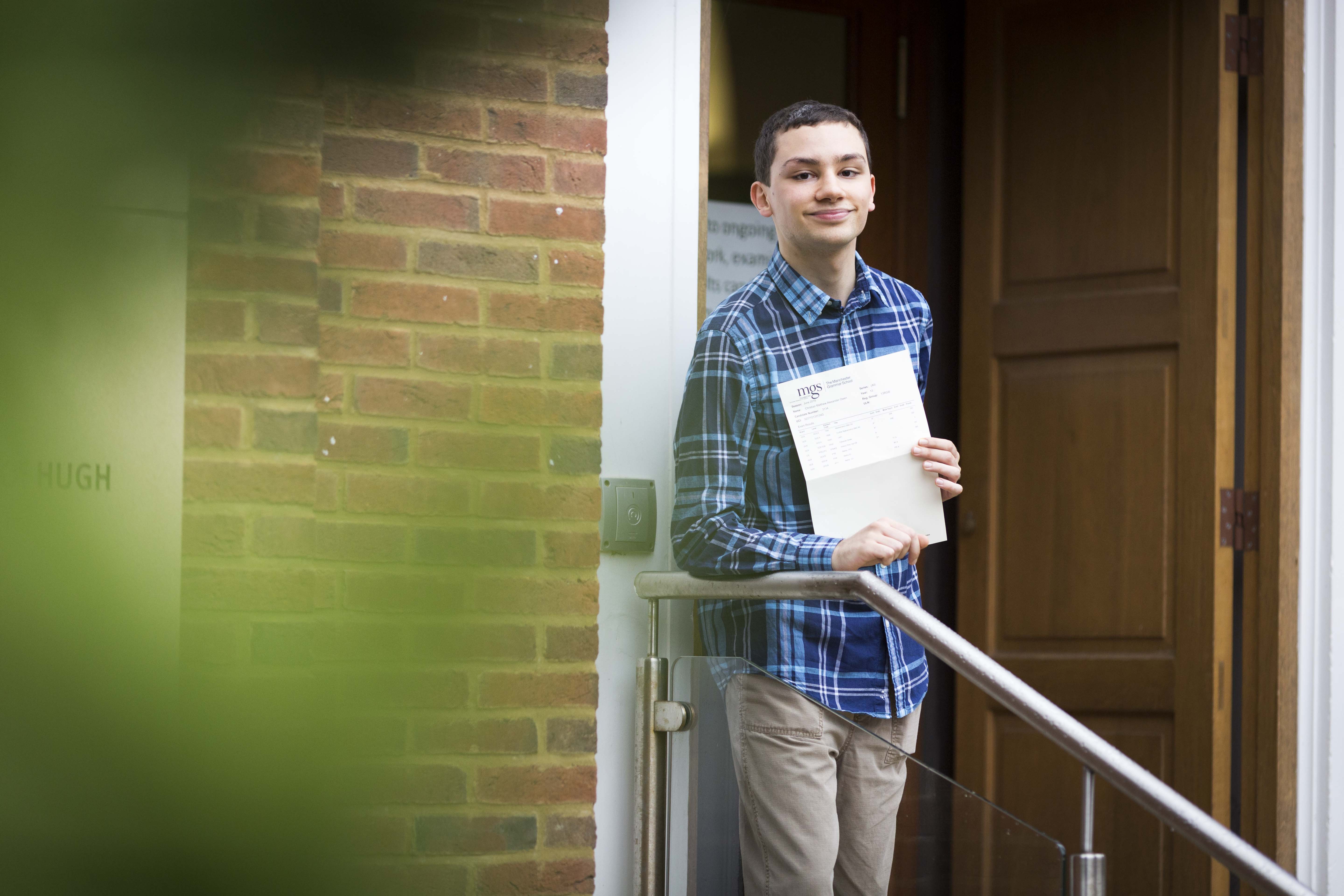 CHRISTIAN OWEN, 3A*s IN LATIN, MATHS, FURTHER MATHS AND A DISTINCTION ONE IN HISTORY. WILL NOW READ HISTORY AT TRINITY COLLEGE, CAMBRIDGE

"I became increasingly interested in History as I studied it. It’s definitely the subject for me as I am fascinated by its ability to help us understand what makes us as a civilisation. There can be nothing better for deciding the future than looking at the way the past has worked and I want to dedicate my career to learning more about that.

"MGS has been a massive help for me; I was given great guidance on the option of doing Pre-U history rather than A Level because it is similar to the degree structure and has therefore given me a great grounding of what to expect when I move to Cambridge."

BEN FLEMING, 2A*s IN DRAMA AND POLITICS, DISTINCTION ONE IN ENGLISH, DISTINCTION THREE IN HISTORY. WILL READ POLITICS AT THE UNIVERSITY OF EDINBURGH

"Politics is what I want to go into as a career, that’s what I’m passionate about. I also loved the city and the university itself so it seemed like a no-brainer especially as it’s my great great great uncle's (Nobel Prize-winning Alexander Fleming) birth place. I may have shirked his heritage by not going into science but at least I’m honouring him this way. I am extremely shocked but obviously very pleased. There’s not much more I could’ve asked for."

I wouldn't even be in the university of my choice if it wasn't for MGS and for that I am very grateful.

KAVI MEHAN, 2 DISTINCTION ONES IN CHINESE AND ECONOMICS, A* IN GEOGRAPHY, A IN MATHS

"I feel quite proud of my achievements and that all of the hard work has paid off. The School has been fundamental in all of this success, they’ve really helped me with my university choices and giving me the support I needed to go the extra mile."

"I couldn't have done this without the help and support provided by MGS. The School sets itself apart through the opportunities it provides us to explore subjects outside of the syllabus, which help us then achieve results like these. My parents have also been incredible and I’m grateful for their support throughout my studies."

"This is better than anything I expected. I was worried so to get four A*s is an amazing achievement and I’m really pleased."