Success for Under-13 footballers 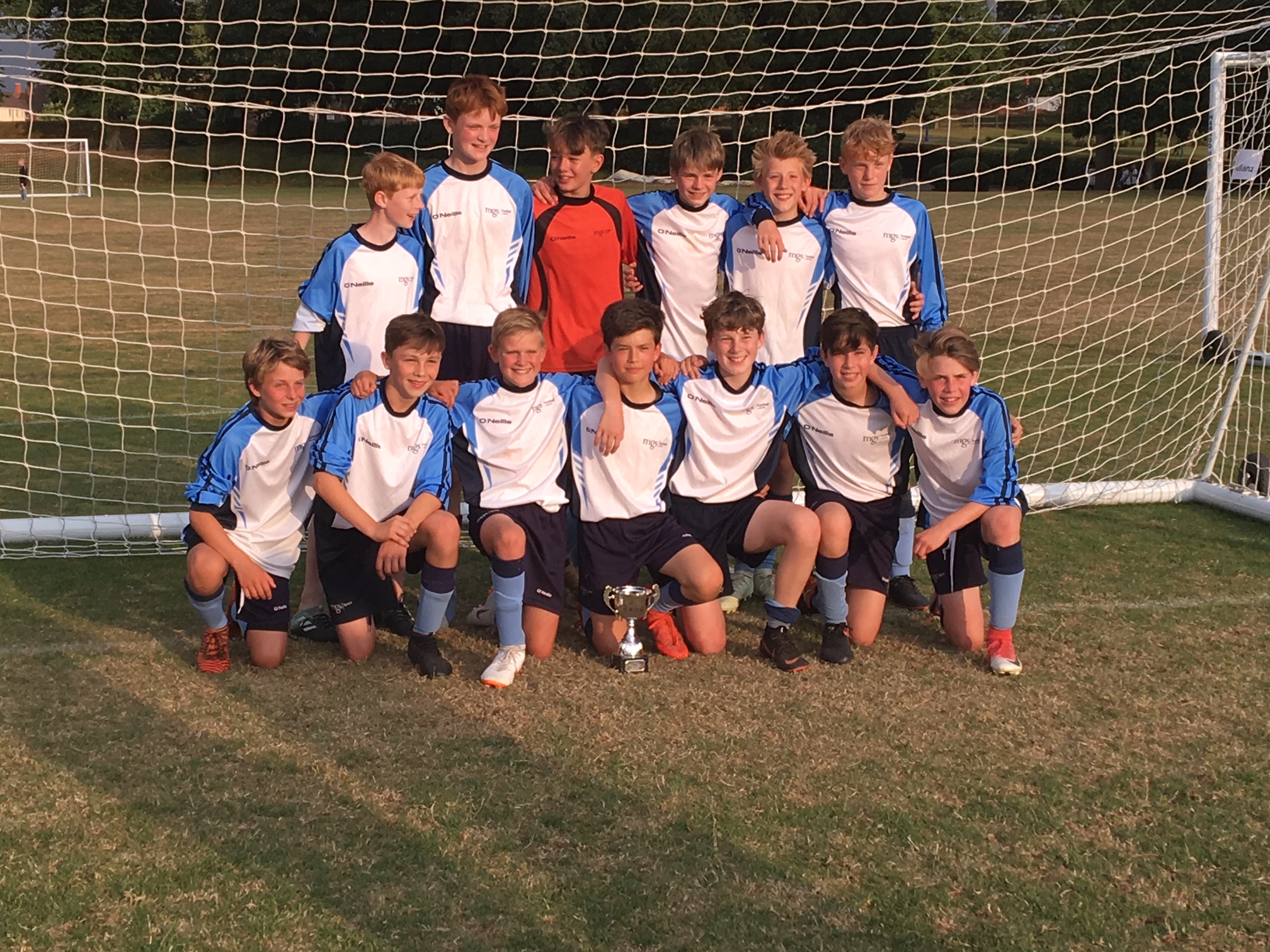 Many congratulations to the MGS Under-13 team, who have retained the trophy they won last season at the HDSportsworld tournament in Shrewsbury, beating West Hill in the final 5-4 on penalties after a 1-1 draw in normal time. The Man of the Match was Ross Livingston.

The Under-13s then made it a double success as they won the five-a-side competiton, winning 5-1 in the final.

The U13s and U12s both won the Most Sporting Team award as well. Well done to all the boys who took part and for their achievements.