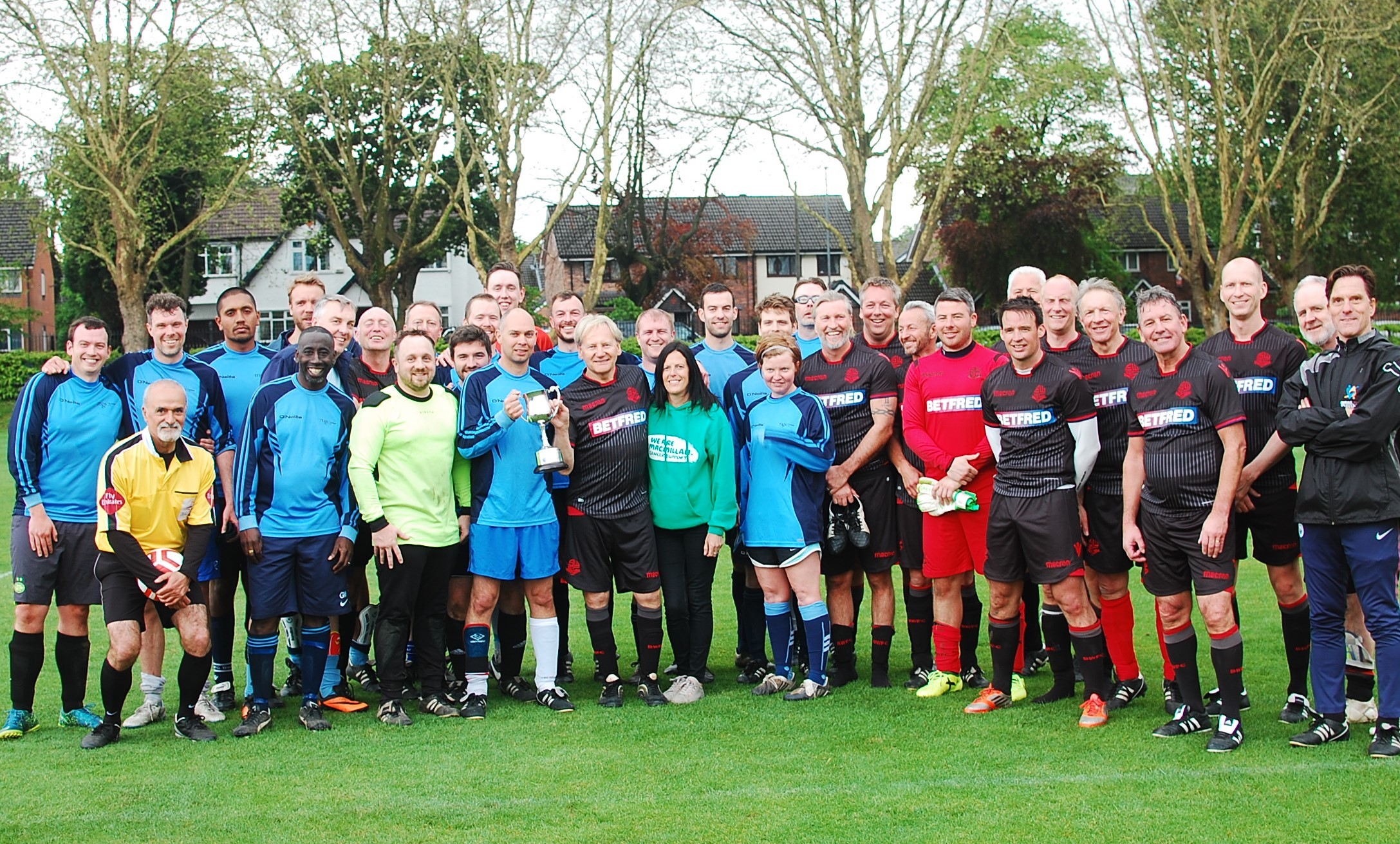 MGS’s relationship with Macmillan Cancer Support stretches back nearly 15 years, following the death of one of our porters, Stuart Dale, in 2005. And, as is customary every Spring, a team of eager MGS staff join forces to take on an All-Star XI in a charity football match, with all proceeds helping to fund the incredible work Macmillan do to support those with cancer. This year’s All-Star XI featured former Welsh international footballer-turned-pundit Robbie Savage, ex-Blackburn Rovers and England star Matt Jansen, ex-Manchester City and Northern Ireland midfielder Jim Whitley and former Manchester United great Bryan Robson.

This year’s fixture was played on the pitch near the Toast Rack, with the new hockey pitch in front of the School forcing us to a different location than we were used to. However, the change of venue neither brought the MGS staff a change of luck, as we went down 3-2 in a very spirited affair (there were rumours I was the Man-of-the-Match with my outstanding performance in goal, but I can’t confirm that), nor did it change the enthusiasm of the boys who turned out, en masse, to watch the game. Not the whole game, mind, as all the boys were unceremoniously sent off by the Proctors after a mass pitch invasion when the MGS team scored their second goal. It was surely the biggest mass sending off in football history …

That notwithstanding, it was a great afternoon and we raised more than £3,000 for Macmillan. You always hope cancer will not touch your life, and that you won’t have to need a Macmillan nurse for either yourself or a loved one, but if it does, having the support of a Macmillan nurse can bring enormous comfort. They are fantastic people, and as a school, we are proud and honoured to do what we can to help them.