Previous Donors explain the importance of the Bursary Fund

Today, as part of our ‘Bursary Now Appeal’ campaign, we want to give thanks to former MGS pupils, parents and supporters who have given so generously to our Bursary Fund since 1998, enabling us to have spent £22m on life-changing bursaries.

We are enormously grateful to our donors, benefactors and supporters within the MGS community, whose generosity and charitable giving enables us to offer bursaries to pupils from modest backgrounds who might otherwise miss out because of their financial circumstances.

Our Boards of Refoundation recognise the generosity of major donors who have helped fund these transformational bursaries, and stand proudly at the entrance to MGS in our main quad.

Below you can hear from just some of our major donors, all of whom are MGS alumni, about why they chose to give to our Bursary Fund, and why it is so important to safeguard our ability to offer bursaries to future generations of MGS pupils.

Financier Jon Aisbitt (MGS 68-75) is one of our Bursary Fund’s biggest supporters:

“It’s really simple – I grew up at Manchester Grammar. I learned to think for myself and question received wisdom and the orthodox approach to anything. I also learned the vital importance of teamwork. I was lucky enough to get a place at Oxford to continue my education. I only got those opportunities because the State paid for my place at the School – my parents couldn’t have afforded to pay for me. So when I found myself in a position where I could start giving something back, giving other boys the opportunity that I had was a key priority. I want to ensure that the wonderful MGS tradition of giving talented boys a great start in life, irrespective of social background, continues for many years to come.”

“The Bursary Appeal is dear to the heart of countless Old Mancunians like me, who believe that the ability to pay fees should not be a criterion for entrance to MGS. I was lucky enough to be educated (magnificently) at the School under the old Direct Grant system, when any boy who passed the entrance exam could be sure of a place. It is inspiring that so many share the School’s ambition to be as open now, to every talented boy, as it was then.”

“Going forward, the core mission of MGS has to be the pursuit of excellence in all that it does, and at the heart of this is the search for talent, irrespective of race, creed, or indeed the ability to pay. This is why the bursary fund is so important. There can be no more rewarding way to put a bit back than helping young people of talent access the first-rate education that MGS provides. What MGS awoke in me was a taste for achievement and a belief that you have to give your best in everything you undertake: supporting the Bursary Appeal is a brilliant way to pass these treasures onto the next generation.” 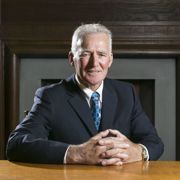 “Hugh Oldham, the founder of the school, used the profit from his corn mills to fund the School, as did cotton mill owner Edward Longworthy in the 19th century, so it seems only fitting that I should do the same. I’ll never forget the look on my mother’s face when she opened the scholarship letter from MGS. From the moment I walked through the gates at MGS I knew I was part of something special. Had I not been fortunate enough to gain a scholarship I may never have had the opportunities that have arisen in my career. If I can give other boys in my position the same opportunity that I had, and encourage other successful business people to donate to the school, my donation will have served its purpose.”

“I was privileged to enjoy an excellent education at MGS and was in a position to help someone receive the same. The greatest feature of the school when I was there, which I’ve realised in retrospect, was the cross-section of people I mixed with, as well as the excellent and dedicated teachers. It has never been a school for the rich or well-off, rather an institution that encourages bright and curious children from all backgrounds. I wanted to play a small part in continuing that tradition.”

Anyone wanting more information, or to make a donation, should visit our dedicated ‘Bursary Now Appeal’ at our website, which can be found here: https://www.mgs.org/854/the-bursary-now-appeal 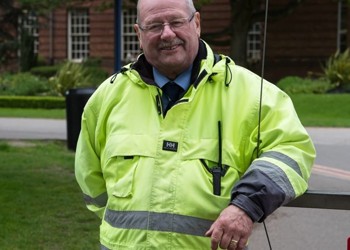