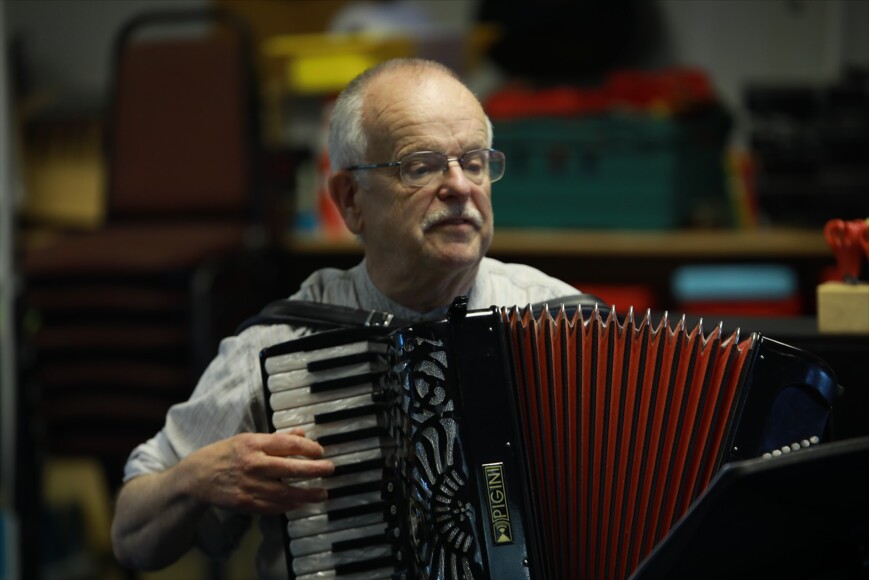 Mr Dobson has been a member of staff at MGS since 1980, as well as being a pupil at the school between 1962-1970. Mr Dobson is a German teacher and also looks after the folk music option for pupils, which he has now been able to resume, following the ease of restrictions cuased by the pandemic.

Mr Dobson explained his early days of teaching at the school, saying: "In the early 1980s, as a newly arrived member of staff, I was asked to contribute to the MGS options programme. Having misspent so many evenings in folk clubs singing about our industrial heritage, I felt that this would provide a fruitful basis for a course aimed at familiarising boys with traditional songs from the North-West. Of course there is plenty of misery, but this is almost invariably lightened by humour and double entendre. In my experience sixth form boys love the opportunity to sing, particularly when the lyrics revolve around the timeless themes of poverty, stupidity and the search for freedom".

He added: "So unsurprisingly, when given the opportunity to revive folk song at MGS as part of the ‘enrichment’ programme, I was keen to unearth the songs I had collected some 40 years earlier and bring them back to life. Boys have responded enthusiastically with hearty choruses and genuine interest in song as a vehicle for exploring cultural history. Maybe next year will be the moment to revive that timeless tale of mortal combat and magical healing..."

Thank you to Mr Dobson for his continued hard work and dedication to MGS! 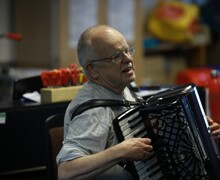