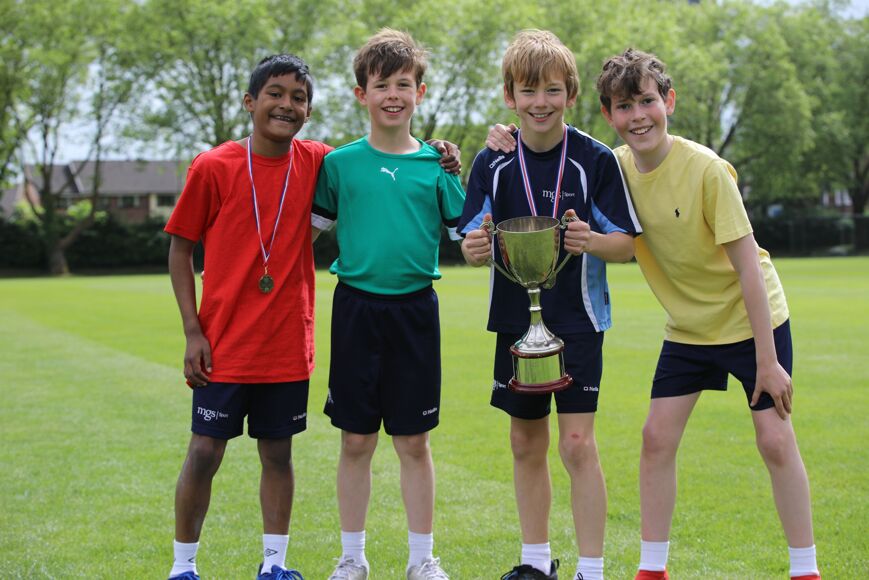 Today saw the return of the annual Junior School Sports Day which saw every pupil from years 3-6 participate in a range of events, including: a run, a sprint, a throw and a relay event. There was fierce competition from pupils who represented the four houses: Hinde, Plumtree, Hamilton and Bradshaw.

Previous winners from the last four years, including the virtual event in 2020, were Hinde and Bradshaw, so it was an opportunity for the pupils to encourage each other throughout the afternoon.

Parents were also able to watch the event, after a gap caused by the covid-19 restrictions, and it was wonderful to have their support and cheering from the sidelines once again.

Well done to alll pupils who participated in the event and congratulations to Plumtree who were overall winners of the cup!

Mr Andrew Bird, Head of Junior School PE and Games, commented: "After a number of years without Junior Sports Day, this year's event saw a return to ‘norm’ with every Year 3-6 boy taking part in 5 sperate events over the afternoon.  A healthy number of parents were in attendance and it was great to see every boy, regardless of experience level having the opportunity to challenge themselves against their peers. A fiercely contest house event which resulted in Plumtree lifting the trophy for the first time in years".

Thank you to all the members of staff who helped to organise the event and ensure that it ran smoothly throughout the day, as well as coaching the pupils in the weeks running up to the day during their PE lessons!

(pictures below include the first winner of a race at the event, the MGS mascot with the Head of Junior School Ms Losse, Plumtree house captains holding the cup and various competitors in action throughout the afternoon) 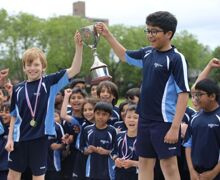 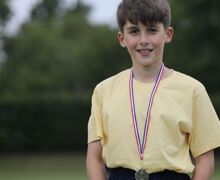 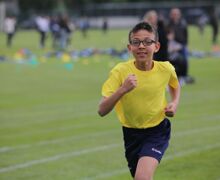 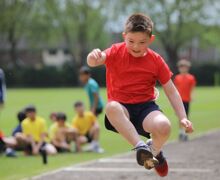 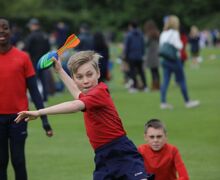 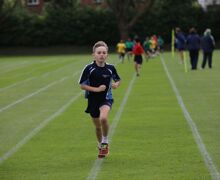 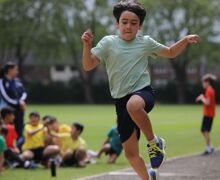