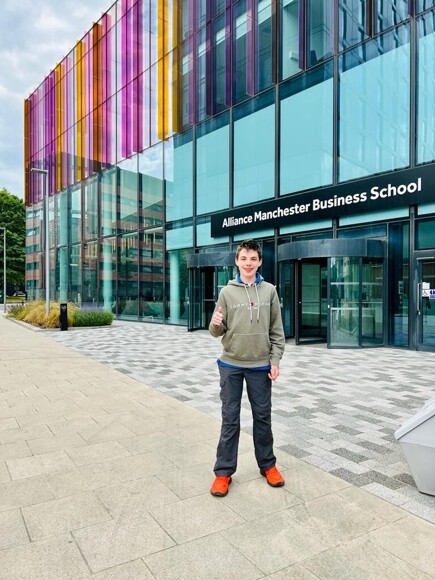 Congratulations to year 10 pupil Joss N who has taken part with the BeeWell Initiative trip to Manchester Business School at Manchester University, as part of the survey and data analysis, using a data visualisation lab.

Joss commented on his experiences: "For the last six months, I have been attending a program called the BeeWell Initiative, in conjunction with Manchester University and the BBC. We have been looking to analyse the data collected from a survey of around 40,000 Year 8-Year 10 students in Greater Manchester, using this data to look at correlations between emotional well-being and socio-economic environment, as well as ethnic group, social media use and parent-child relationships, amongst other factors".

He added: "I have not only enjoyed analysing the data from the survey, as well as the opportunity to create media about the initiative (any excuse to speak!) but have also found it interesting personally, because I have met other students from completely different backgrounds to me, and I think it's given me a better perspective of social and cultural dynamics. It interested me to hear the views of others within Greater Manchester, as I live rurally on a working hill farm - a huge contrast to a teenager living in central Salford, although both locations have their benefits and drawbacks".

Joss summarised by saying: "The program highlighted just how much teenagers need to talk about mental health - it's a case of occasionally adding to your personal emotional status, instead of your social media status. All in all, I've thoroughly enjoyed my experience working with the team at #BeeWell, and the data visualisation lab was a real highlight. Definitely an experience I'd recommend to other students!" 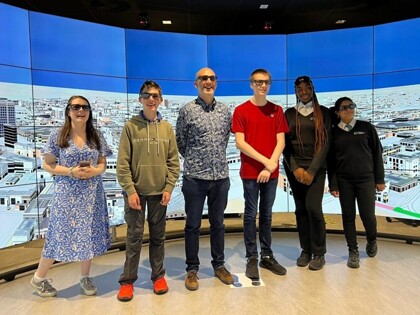