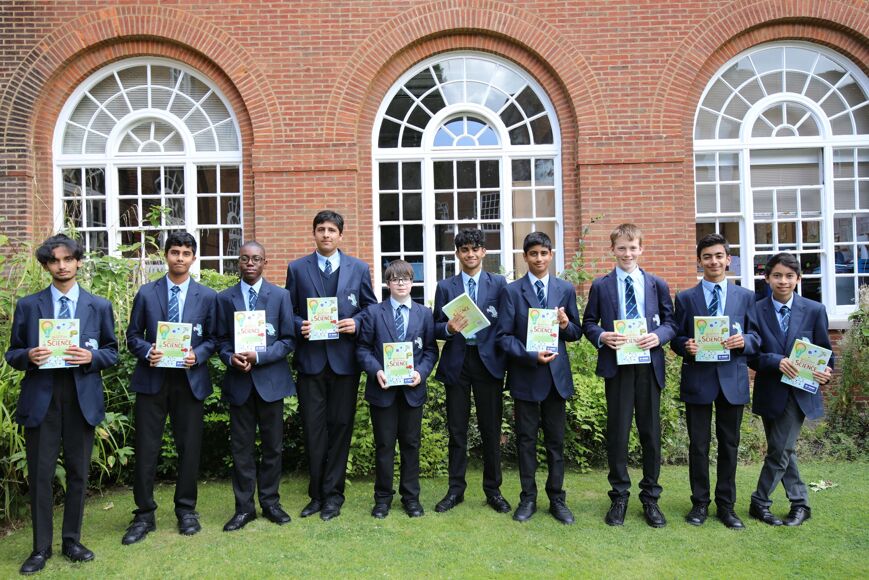 Congratulations to everyone who has entered this year’s Chemquiz, held in partnership with BASF, Royal Society of Chemistry and MMU, who have been sent a Science Dictionary for their hard work. Since 1987, the Education sub-committee of the Manchester and District Section of the Royal Society of Chemistry has held an annual chemistry competition for schools within the Greater Manchester area.

ChemQuiz is the Regional heats of a Chemistry Competition for students aged 14–16 which was originally set up by The Royal Society of Chemistry. The winner goes through to a National Final called ‘Top of the Bench’. Students have the opportunity to put their practical and teamwork skills into action. We had three teams of students competing each one with two Year 8’s, one year 9 and one Year 10. The students had to ‘make something fizz for exactly 60 seconds’.

The following team came second overall, beaten by only a few points

Well done to everyone who participated and enjoy perusing your new Science dictionaries from BASF!