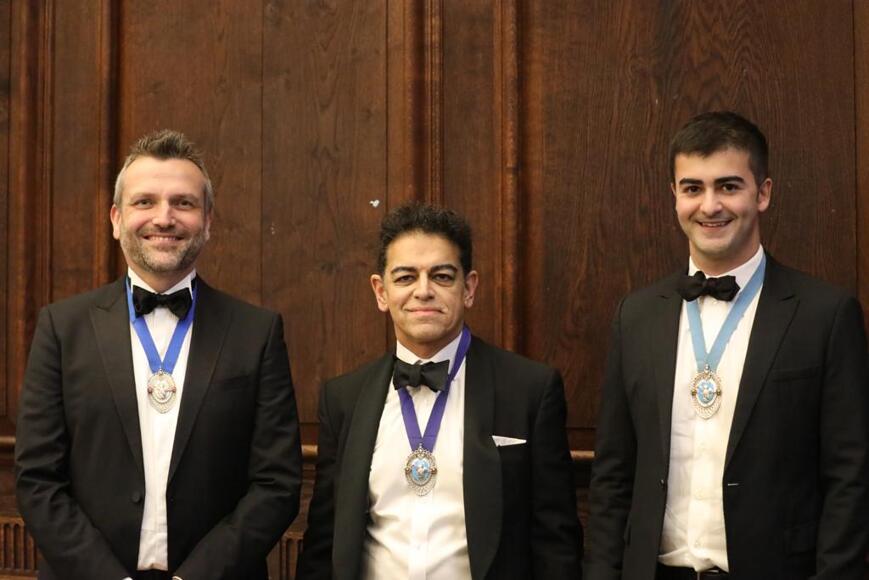 Simeon Gabriel (OM 87-94) was the Recorder for the 217th Old Boys’ Dinner which was held in the Memorial Hall on 19 November.  The Senior Steward was Sandip Jobanputra (84-91), who after studying PPE at Magdalen College Oxford, was awarded a Lord Birkenhead Scholarship at Gray’s Inn. Following a successful career in shipping brokerage Sandip now runs his family office. Sandip facetiously presented his vision for the Republic of Mancunia, an independent city state, free from the shackles of Westminster to the approving attendees.

Akeel Malik (06-13), Residential Fund Manager at Urban Splash, wittily explained how his education as MGS and had prepared him for being Junior Steward; a role he had only been asked to assume 24 hours earlier! Akeel closed his speech by speaking passionately about the need for boys from modest background having the chance to be educated at MGS and the importance of the School’s bursary fund.

During the evening, The High Master, Dr Martin Boulton (OM 84-86), updated the Old Mancunians present about the life and work of the School and Director of Development, Simon Jones (OM 88-95) announced the winners of the 2022 Alumni awards.

Professor Tom Solomon (76-84) was announced as the winner of the Senior Alumni Award. Professor Solomon was been recognised in the Queen’s Birthday Honours list with a CBE for his services to research and the COVID-19 response.  As Director of the National Institute for Health Research and an advisor to the UK Government and WHO on emerging infections, he has played an important role in the response to Ebola, Zika and most recentlyCOVID-19. During the pandemic he has chaired government research funding committees, advised the Medicines and Healthcare products Regulatory Agency (MHRA) on vaccine safety and led international research into the effects of COVID-19 on the brain.

The Junior Alumni Award went to Guy Horne (02-06) and David Searle (03-09), Founders of HSPG, for their work tackling the undersupply of social housing.

A special award for Service to the School was awarded to OM Alan Jones (41-48). Alan was a member of Troop 1 Scouts as a pupil, and served as Assistant Scout Master and Scout Master for 48 years until 1993. Alan arranged Troop 1 Reunions at the School since and donated the extensive collection of photographs and troop logs to the MGS Archive.  Sadly Alan passed 2 weeks before the dinner so his son Matthew 87-94 accepted his father’s award and spoke about his family’s affection for the School. 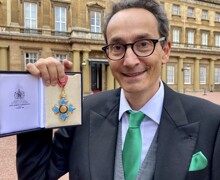 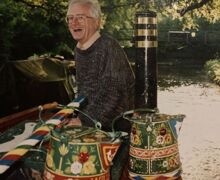 Old Mancunians, staff, parents  and pupils took part in the Gatley before the Old Boys’ Dinner.  Ben Sharrock 13-20 was first to enter the Quad in a record time of 15:11.  Last year’s winner Fraser MacDonald Oulds 02-09 chased Ben down the Drive to finish in the appropriate time of 15:15. Pupil Tim Y came fifth for the School in a time of 16:30

Chemistry teacher Harry Martin OM 96-04 was the first home for the staff team in a time of 16:48.  Mr Martin confessed in the pub afterwards that he received one Saturday morning during his time as a pupil for cheating in the Gatley in 2002! 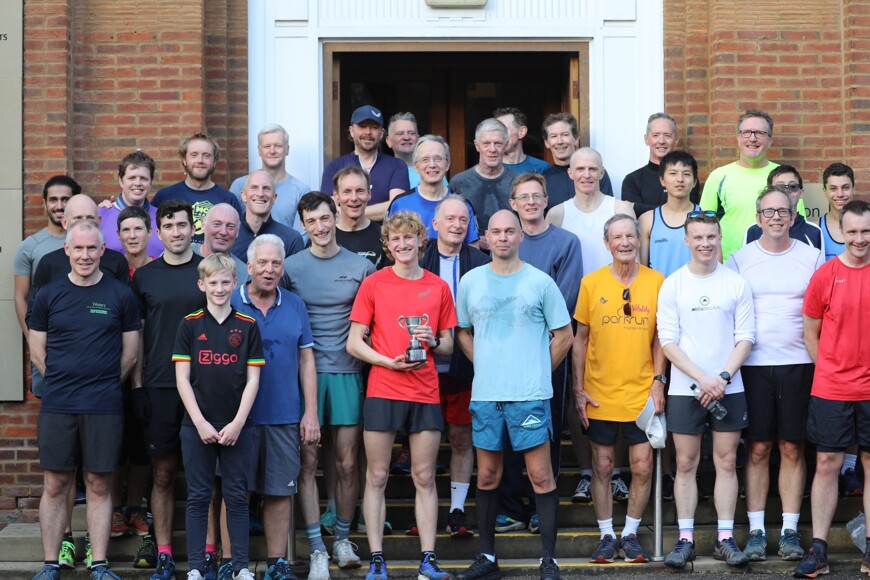